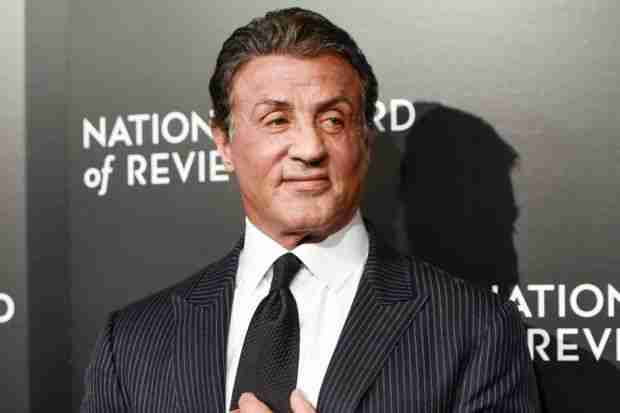 The National Board of Review hosted its annual awards gala in New York last night at Manhattan’s Cipriani 42nd Street, toasting winners who had been announced in advance. The Review dinner comes just days before this Sunday’s Golden Globes Awards ceremony, where Sylvester Stallone will appear with the other Best Supporting Actor nominees in his category.

With Oscar ballots now due, the wins at the Review ceremony may actually affect next week’s Academy Award nominations, where Stallone is a much-talked-about candidate for a Best Supporting Actor nomination.

Best Actor winner Matt Damon, who accepted his award for his work in “The Martian”, explained that while he was trying to pitch 1997’s “Good Will Hunting,” he drew upon the now-famous story of Sylvester Stallone’s fight to play the character that he created after having written “Rocky”. “Believe me, they really wanted to take it away from us,” Damon said of his struggle to star in the story he wrote along with co-writer Ben Affleck.

Sylvester Stallone then took the stage to accept his well-deserved honor as Best Supporting Actor for “Creed”. Sly was joined on stage by the film’s writer / director Ryan Coogler, who gave a long and worshipping intro. Coogler recalled seeing Stallone arrive on set armed with four pages of notes for Rocky’s character. “He was like a malleable piece of clay, but a piece of clay that’s been a movie star for 40-plus years,” Coogler said.

Upon taking the podium, Stallone, gracious as ever, gave all the praise to his “Creed” director saying: “You are the future. I am the past. I see a lot of me in you and you in me.”