Why Sylvester Stallone Was Willing to Skip the Oscars 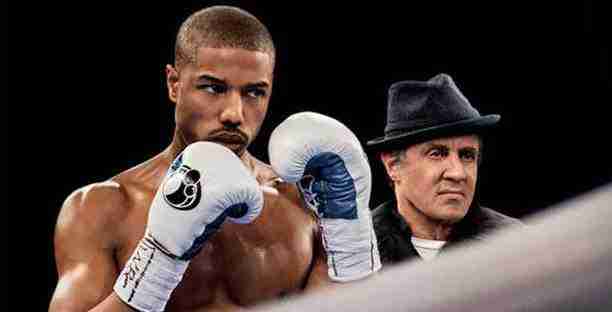 This February is the most important and exciting month leading up to the 88th Annual Academy Awards and Sylvester Stallone’s first Oscar nomination since the original Rocky. And Sly almost decided not to attend the prestigious ceremony on February 28.

Why? To support Creed’s creative force, writer/director Ryan Coogler, writer Aaron Covington, and star Michael B. Jordan, none of whom were recognized by the Academy this year.

In a month marked by more negative Oscar buzz than positive, the #Oscarssowhite controversy even got Sly thinking that he should duck out of the ceremony – admittedly the most important career highlight he’s had since his start 40 years ago – as a matter of respect to his Creed teammates.

“If you want [me] to go, I’ll go. If you don’t want me to go, I won’t,” Sly told director Ryan Coogler, who sadly was not nominated for his wonderful work on the film. Stallone was slammed in weeks past for forgetting to thank Coogler and Jordan during his Golden Globes acceptance speech back in January, and then again last week for accidentally misspelling “NAACP” at the NAACP Awards, where Michael B. Jordan took home the Entertainer of the Year award for his role as Adonis Creed, Coogler nabbed a Best Director award, Phylicia Rashad a Best Supporting Actress, and Creed received the award for Best Writing.

Anyone who knows Sly knows that spelling isn’t his forte, yet the Twitterverse managed to blow his innocent mistake well out of proportion and stirring up unnecessary racial tension. Stallone’s respect and affection for his Creed collaborators couldn’t be more clear, and his praise for the team has been absolutely constant, even during the weeks preceding any of his award wins.

“I really do owe everything to these two,” Sly was quoted as saying.

Stallone attended the pre-Oscars luncheon on February 8 and is pictured in the 2016 Academy Awards “class portrait” featuring all of this year’s nominated artists. Can you spot him?

Can you spot Leonardo DiCaprio in the #Oscars class photo of 2016? https://t.co/BNKnsqnxcw pic.twitter.com/cEJQxnKJuz