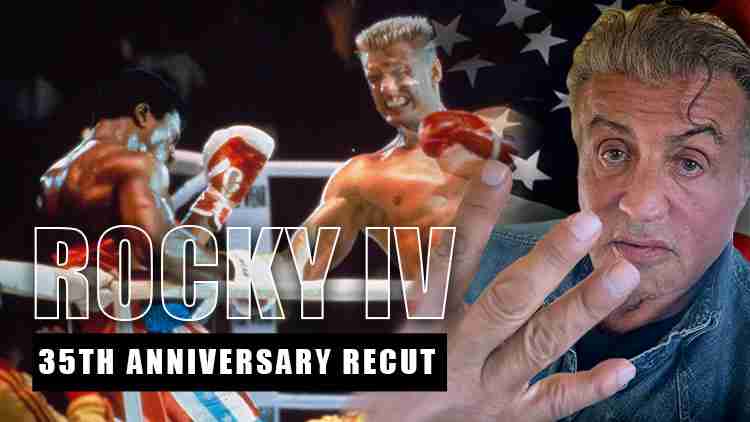 As a celebration of the 35th anniversary of Rocky IV’s release, it was announced in August, 2020 that Sylvester Stallone had joined forces with MGM to re-edit the movie.

Sly has been very hands-on in the editing room as evidenced by his social media posts revealing snippets of the new remastered version of IV.

The re-cut version will feature alternative footage, most notably the Apollo Creed vs. Ivan Drago fight, and the total deletion of Paulie’s robot. “The robot is going to the junkyard forever, no more robot,” Sly posted online.

It’ll be interesting to see how the film is cut around Sico the robot’s scenes, which are some of the most hilariously beloved moments in the film. The robot’s on-screen voice, and creator Robert Doornick, recently revealed that Sico is a member of the Screen Actors Guild and that Doornick receives royalty checks for the robot’s appearances. Guess that’ll come to a stop, at least with this alternative version of the movie.

It was thought that the Rocky IV recut would have been released back in November, 2020 to coincide with the movie’s 35th anniversary, but that didn’t happen. In February, 2021, Sly flew from his new Florida digs back to Los Angeles for a screening of what may be the final print of the recut, so perhaps 2021 will be the new release date.