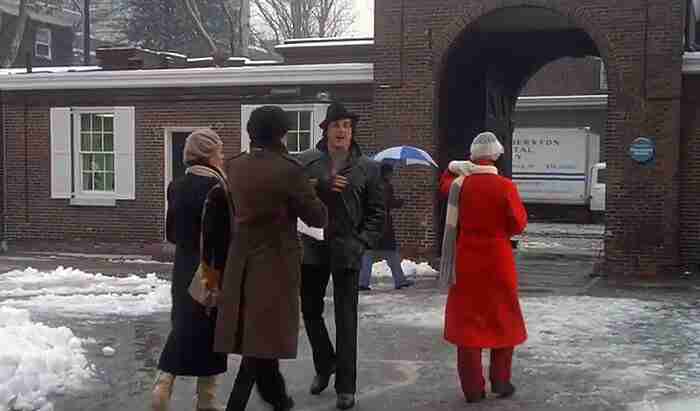 Once Rocky is done healin’ from his injuries sustained in his first match with Apollo Creed, the Stallion is released from the Pennsylvania Hospital.

As he’s leaving the grounds, he’s met with his agent who discusses getting Rocky’s signature on a standard deal for commercial work to capitalize on his newfound fame.

Rocky exits what is now called the Penn Outpatient Lab, located near 8th and Delancey Streets.

The building he emerges from has been demolished and totally renovated, although the brick archway that he and Adrian walk through on their way to the Philadelphia Zoo still looks just the same as it did in 1979.

Pennsylvania Hospital is the very first hospital built in the United States, founded in 1751 by that other famous Philly icon, Benjamin Franklin.