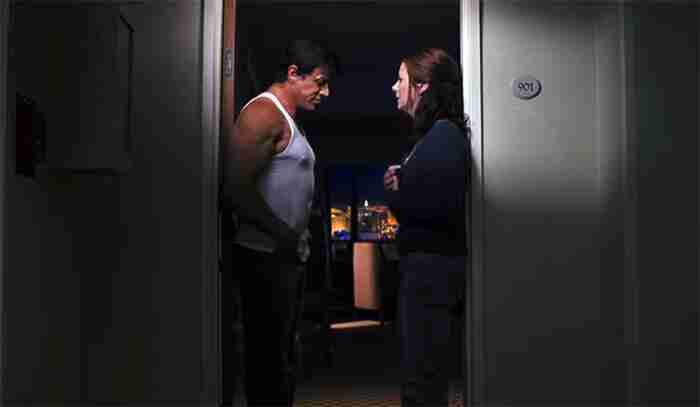 These scenes were filmed during the first week of December, 2005.

The exteriors included only a nighttime sweeping shot of the Las Vegas skyline while the real interior of the huge sports arena housed the boxing match.

Thousands of dressed inflatable dummies were scattered in the arena’s seats among the hundreds of human extras who attended the filming on these dates.

Though Rocky’s hotel room (room #901) was only a set, the view from his window is accurate for a north-facing room in the hotel at Mandalay Bay.