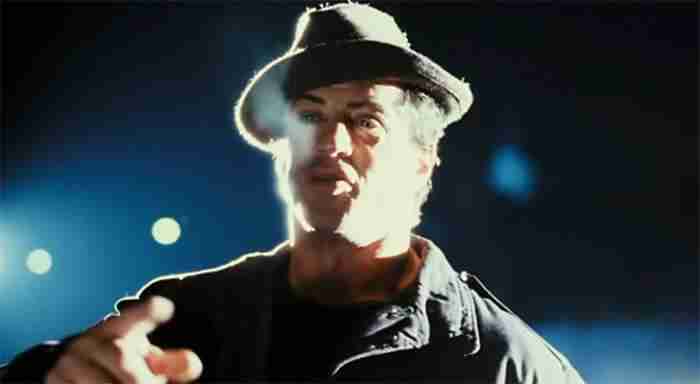 The vacant lot that Rocky and Paulie visit on that cold night was never the location of Rocky’s original ice rink – or any other ice rink, for that matter.

The skating rink location seen in the original Rocky still existed until 2019. During the 1970’s really was a popular rink, but is situated clear across the country in Santa Monica, California (click here to see that location).

The lit tower visible in the background during the scene in Rocky Balboa is part of St. Michael’s Church (located at 1445 N. Second Street, Philadelphia, PA 19122), an active Catholic parish since 1831. The church is just three minutes from the ‘demolished ice rink’.

The abandoned lot seen in Rocky Balboa is actually in Philadelphia, Pennsylvania. In 2019, construction started on some multi-level housing on the rear of this lot which is located at the northeast corner of North American Street and Jefferson Street. The new housing blocks the cool looking view of St. Michael’s tower.