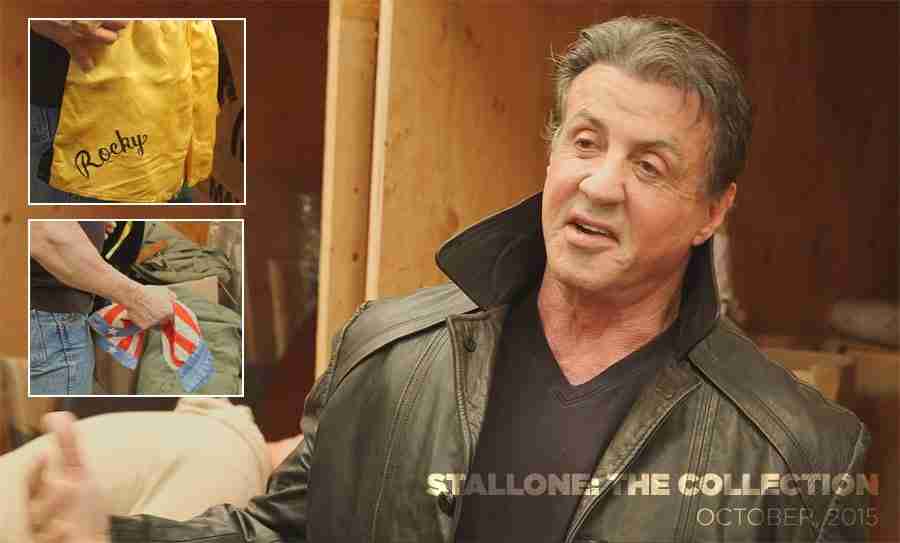 Get ready for Christmas, Rocky fans, because some of Sylvester Stallone’s most iconic movie memorabilia is going up at auction this December.

Sly announced today that he’s combed through his personal collection of film memorabilia and will be auctioning hundreds of pieces of it in December, 2015, shortly after the US release of the much awaited Rocky spinoff, Creed.

The auction will feature such Stallone gems as Rocky Balboa’s boxing gloves, boxing robe and gold and black trunks from Rocky III. Other pieces include Rambo highlights such as John Rambo’s green military jacket and hunting knife.

Inspired by an enormous auction of western movie icon John Wayne’s personal and movie memorabilia back in 2011, Stallone said in a statement that after seeing the Duke’s collection at auction, he “thought it would have been so much more effective if John Wayne had still been alive so he could explain to his fans what some of his pieces meant to him. I’m not that young, but still aware enough to appreciate the people that will appreciate owning (these items).”

The John Wayne auction featured over 700 movie costumes, film scripts, awards and memorabilia from Wayne’s estate. Hosted by Heritage Auctions, the collection raked in $5.38 million during a two-day event with dozens of items bringing at least two-to-three times their pre-auction estimates.

The prestigious Heritage Auctions, which deals heavily in movie memorabilia, will be hosting the Sylvester Stallone auction in Los Angeles, California. 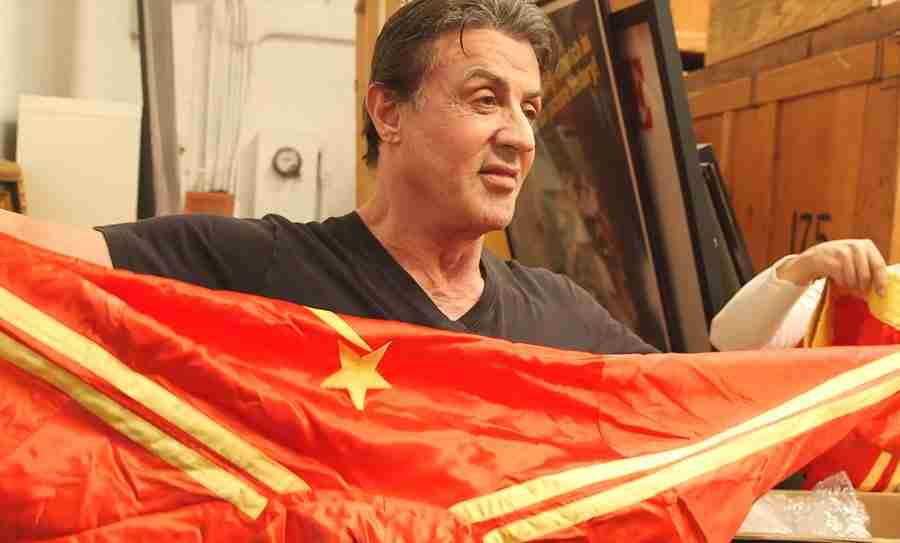 Heritage Auctions released an exclusive and fascinating behind the scenes video of Sly digging through his personal warehouse of memorabilia, taking out and trying on (!) such breathtaking pieces as Rocky Balboa’s famous leather jacket, Rocky’s cashmere topcoat from Rocky III, and Rocky’s leather bomber jacket from the Russian sequences of Rocky IV.

Pieces that are confirmed to hit the auction block include:

A portion of the proceeds from the sale will go to military charities.