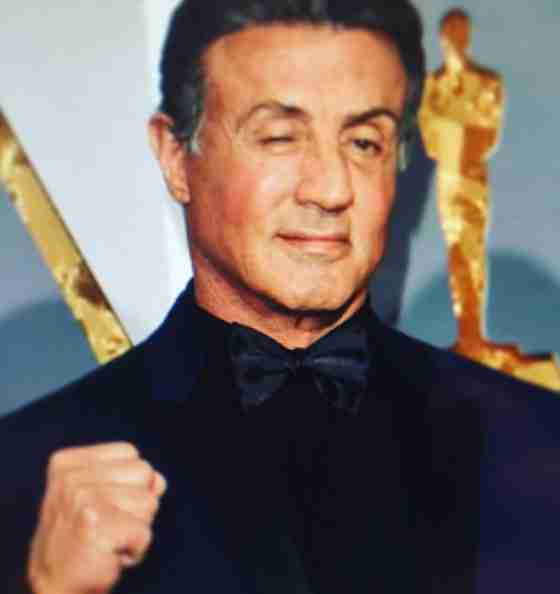 Amidst a morning of disappointed groans and unsmiling faces for Stallone fans, the man himself has finally released a message reacting to his loss at last night’s Academy Awards ceremony, and it’s as inspiring and gracious as we’d expect him to be.

“Please hang onto your dreams,” Stallone wrote to his followers on Instagram. “NEVER GIVE IN , NEVER GIVE OUT , NEVER GIVE UP! thanks for the support.”

Vulture.com’s Kyle Buchanon posted a morning-after piece today – “How Spotlight Won at the Oscars and Sylvester Stallone Didn’t” – which sums up an inside view of Hollywood’s workings when it comes to Oscar wins:

“[‘Spotlight’s SAG] win will give new predictive power to the Screen Actors Guild awards, and Stallone’s loss could be chalked up to bad luck at the same precursor. Startling many, he wasn’t even nominated for a SAG award in December, and while a few actors have still gone on to win an Actor despite that snub, those performers usually come from end-of-the-year movies that screen and peak much later in Oscar season.

While industry observers touted Stallone’s comeback narrative as irresistible, I kept talking to actual Hollywood insiders who weren’t that enamored of Stallone as a person over his few decades in show business, and consequently withheld their vote. It’s a problem that afflicted other Oscar nominees like Mickey Rourke, Lauren Bacall, and Burt Reynolds, who learned that a comeback narrative can only take you so far: If the voters don’t actually want to see you on that stage, you won’t make it up those steps.”