“Ain’t Gonna Be No Rematch”

In 1983, immediately following the success of Rocky III, Sylvester Stallone appeared in public service announcements on television for United Way, a charitable organization that focuses on uniting caring people to build pathways out of poverty, helping to improve individuals and the community.

In this TV commercial for United Way, which aired during Super Bowl XVII, Sly appears with his back to the camera as he spars in a boxing ring as pro-footballer and United Way volunteer Nolan Cromwell of the Los Angeles Rams looks on. Bill Conti’s “Philadelphia Morning” from the original Rocky soundtrack provides the musical underscore as the two sports heroes put on the gloves and go at it.

A group of kids surrounding Cromwell ask if he’d ever done any boxing. “Do you want to go a few rounds with the fastest hands in the NFL?” Cromwell asks Stallone.

“I can always take a lesson … or give one,” Sly responds as he (finally!) turns to show his face to the camera, wearing his black and gold “Rocky” trunks from Rocky II. “Ain’t gonna be no rematch,” Sly says as he knocks Cromwell to the matt. 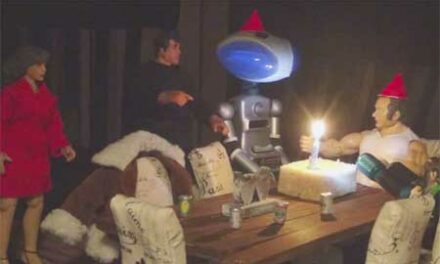 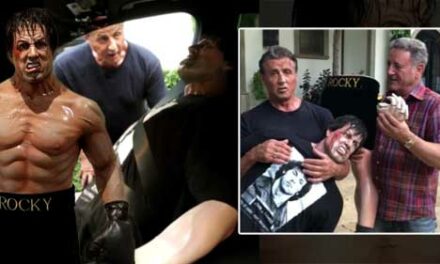 Sly and Frank Stallone Mess Around with Life-Like Rocky Statue 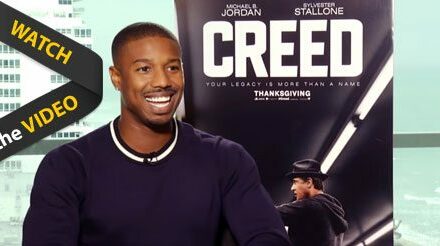 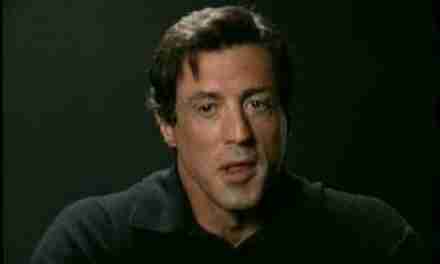