THE MAKING OF “ROCKY III”

Rocky III finds Rocky Balboa – not entirely unlike his creator, Sylvester Stallone – now a superstar of the first magnitude. As a filmmaker, Stallone jumped at the chance to share with his audience a hard-hitting look at both sides of the coin when it comes to having the international spotlight thrust on a celebrity’s life, whether or not one is up to those demands.

To accomplish this radical departure in change of visual feel and texture from Rocky and Rocky II, director Stallone worked closely with trusted director of photography, Bill Butler, to consciously capture the documentary-like cinema verite, harsh intrusion of celebrities of all sorts.

Stallone explained that Rocky III is meant to “remind the audience of how TV documentaries and the TV news look when they follow a celebrity around in his private life. We used a hand-held Steadicam a lot to get the feeling that we are invading Rocky’s privacy. The audience should feel like the camera is eavesdropping.”

Talia Shire commented at the time of filming that she was “especially pleased to find that Sylvester had written into the script several scenes of recognizably real domestic strife between husband and wife.” Talia, who in real life had just undergone a divorce from her husband David Shire since she’d last played Adrian Balboa on screen, added that both she and the audience know exactly “how much hard work has to go into any relationship to make it last”, even for Rocky and Adrian.

Rocky 3 marks the first appearances in the Rocky movies of two 80’s pop-culture icons: Mr. T and Hulk Hogan, a pair of performers who would, after their respective debuts in this film, jettison any forms of credibility and become cartoon-like celebrities. Rocky III ended up providing Mr. T with his number-one catchphrase – “I pity the fool.”

Not to be pitied were Rocky III’s European audiences, who were treated to several special alternate versions of the film produced for the overseas theatrical release. Some added scenes included an exchange of glances between Rocky and Clubber Lang during the charity bout with Thunderlips; a romance scene between Rocky and Adrian immediately prior to the unveiling of the Rocky Statue; a longer dialogue between Apollo and Rocky in Mickey’s Gym and later, a funeral march for Mickey Goldmill.

The Rocky Statue became a celebrity in itself that year. When the press all over America learned of the 9-foot-tall, 800 pound bronze sculpture commissioned by the producers of Rocky 3 as an integral prop for the film, dozens of news editors assigned their best photographers around the country to track down the artist’s studio in Colorado, in hopes of shooting a photo of the giant piece as a scoop before the Rocky III moviemakers would get their chance to unveil the mighty prop atop the steps outside the Philadelphia Museum of Art. Try as they might, no photographer could find the finished work, and still the media fanned out further to get their shot before it arrived on location in Philly. And all this for naught, since the mysterious piece turned up on the steps before anyone could unofficially unveil it.

No one had guessed that the 800 pound giant had simply traveled cross-country in style – by train.

Besides the standard Rocky filming locations in and around Philadelphia, shooting also took place in California and Nevada. In Los Angeles, the historic Biltmore Hotel was used as the exterior façade for Rocky’s palatial gym. Specially created “Rocky Balboa” banners were hung outside the hotel’s entrance and are visible in the film. Also used was the MGM Grand Hotel in Las Vegas, Nevada 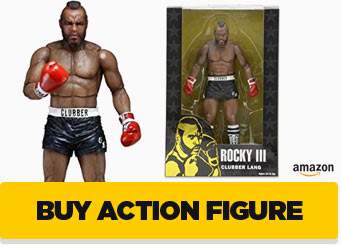 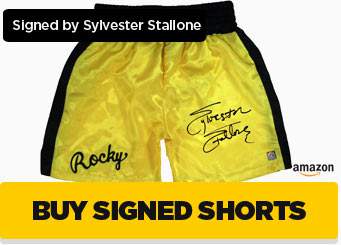 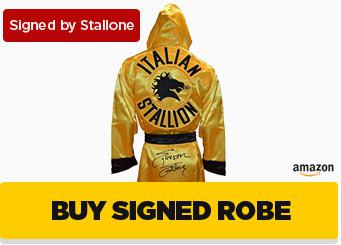 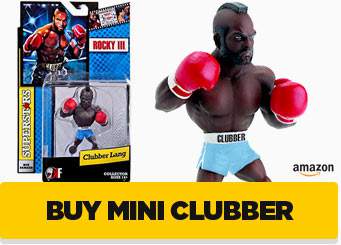 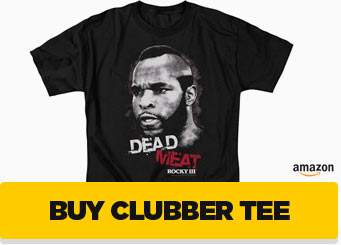 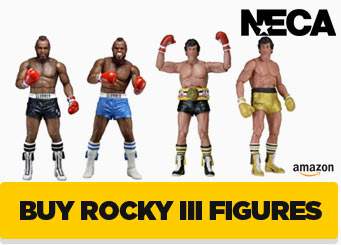