Behind the Scenes on “Creed”

BEHIND THE SCENES ON “CREED”

Sylvester Stallone and the original team of “Rocky” producers, the late Robert Chartoff and Irwin Winkler are producing. Unlike the previous six movies in the franchise, Stallone did not write the screenplay for this film. Original cast members Burt Young (Paulie) and Tony Burton (Duke) will not be appearing in the film.

In January, 2014, Stallone released a snapshot on his Twitter account showing his work desk strewn with papers, among which lay one of the final pages of the ‘Creed’ screenplay. When flipped around so that it can be read, the script reveals some plot details which – if true – would be very upsetting for fans. More weight was added to this story in February when Warner Brothers released their official synopsis of the film (click here to read).

“I was dead set against it,” Sylvester Stallone said of the Creed concept when he was initially approached by the film’s writer Ryan Coogler. “I just didn’t ever see taking this character into this realm. Finally my agent said, ‘For a guy who played Rocky, you’re kind of a chicken.'”

Before the film went into production in early 2015, co-star and producer Stallone stated that this film is to be considered “Creed 1, not Rocky 7”, and the character of Rocky Balboa will merely have a part in the story, it would not be focused on him as it had in the previous six Rocky movies.

The production crew went old school and hit the streets of Philadelphia in January through March, 2015, filming scenes at many locations very familiar to fans of the Rocky series including Mighty Mick’s Gym, which was outfitted with a newly designed version of Mickey’s sign (buy our version of the original one here); the Italian Market, Adrian’s Restaurant, the cemetery where Adrian and Paulie are buried, and the steps of the Philadelphia Museum of Art.

Stars Sylvester Stallone and Michael B. Jordan were surrounded by fans and onlookers throughout most of the on-location filming, and Stallone took time out to take selfies with fans while in costume as Rocky. For the film, Rocky Balboa’s wardrobe isn’t much changed from what he last wore on screen in 2006’s Rocky Balboa – sticking with his dark blue M65 field jacket and lots of hoodie sweatshirts (see more of his “Creed” wardrobe here). Interestingly, this film brings back Rocky’s ORIGINAL blue wool fedora hat that Stallone wore previously in Rocky, Rocky II and Rocky V.

The film’s first official teaser trailer was released at the end of June, 2015 during the opening week of action star Arnold Schwarzenegger’s fourth film in the Terminator series, Terminator Genisys and was followed by an international trailer two months later, and finally a full version which showed much more depth to the story, and much more of Rocky’s character. 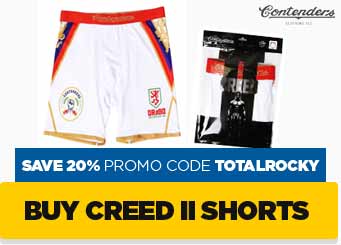 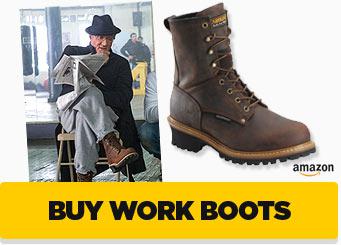 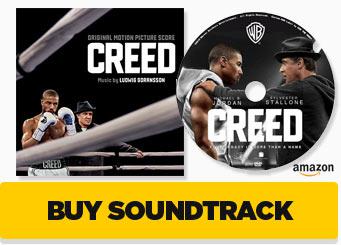 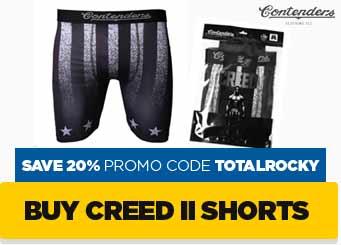 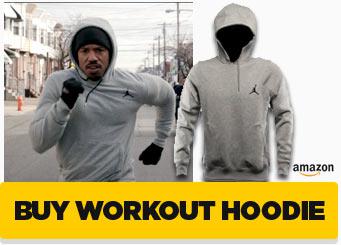 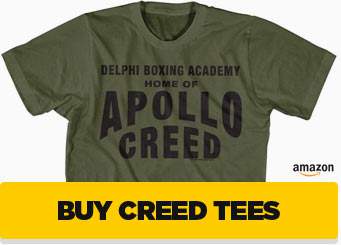