In 1985, Sylvester Stallone flew to Wyoming to scout filming locations for Rocky IV. He ended up in the valley of Jackson Hole which is situated at the base of Grand Teton National Park and checked out the historic district of Mormon Row, a spread of original homesteads and farms built by the Mormons as far back as the 1890’s when they first began to settle in Jackson Hole.

The line of rustic wooden cabins, barns and homes are extremely picturesque, backed by the imposing Teton Range in the background. This snow covered mountain range stood in as the perfect backdrop for the Siberian wilderness that Rocky used for his winter training in preparation for his Christmas day fight against Ivan Drago.

Although Mormon Row was listed on the National Register of Historic Places in 1997, the cabin where Rocky, Paulie, Duke (and eventually Adrian) live in “Russia” was actually built by the production crew especially for Rocky IV and is no longer in Jackson Hole – and neither are the residents – Mormon Row is considered to be a ghost town.

Rocky is seen jogging past several of the old farmhouses in a long shot during the training montage; these abandoned buildings are still present in Mormon Row today.

Even though Wyoming merely doubled for Russia in the film, the conditions were no less harsh for the Rocky 4 film crew on location.

Temperatures on this icy tundra dropped to 20 degrees below zero due to a strong wind-chill factor, freezing the cast and crew as well as the film equipment and cameras and making transportation grind to a halt in the deep snow.

This just goes to show that when Paulie falls down in the knee-deep snow, it was the real thing and not movie magic! Additionally, an estimated 40 Jackson Hole locals got jobs as extras on film.

Rocky when he arrived in Russia, tho! pic.twitter.com/85DtBHwlKY 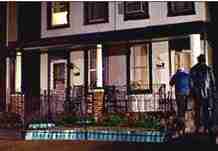 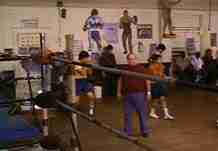