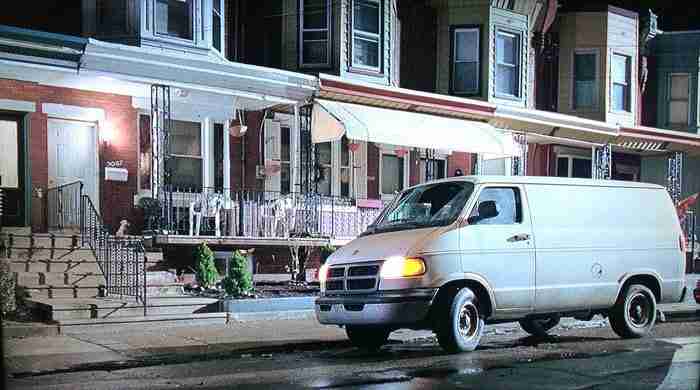 In 2006’s Rocky Balboa, the first time we see Rocky, its in this house, located in his familiar Kensington, Philadelphia neighborhood.

Franco-Giacomo Carbone, the production designer on Rocky Balboa, states that the storyline would indicate that Rocky and Adrian most likely began living in this house in the mid to late 1990’s, when they opened Adrian’s Restaurant together in 1995.

Now, following Adrian’s untimely death in 2002, Rocky shares the same house with his brother-in-law Paulie Pennino and his old friends, the turtles Cuff and Link.

Built in mid 1920’s, this house is actually two townhouses merged together and the exterior looks the same as it did in the movie. Rocky and Paulie’s house is just a three minute walk from Little Marie and Steps’ house (which has since been demolished.)

The interior of this house was also used in the film. The DVD extras for Rocky Balboa show the production designer in various rooms of the house, describing how the set was dressed in just a matter of days.

← Mickey Goldmill's Cemetery Adonis Creed's Apartment →
Back to other locations