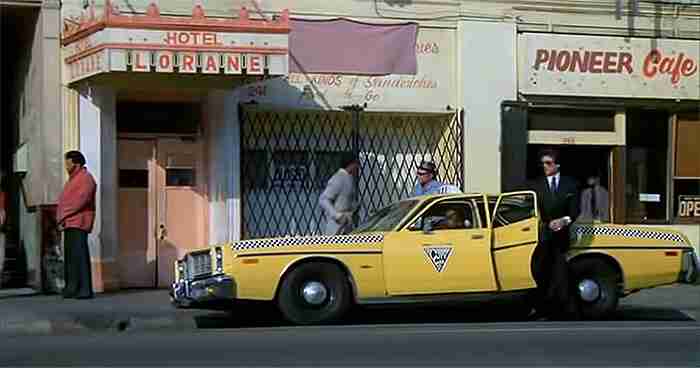 “This is below you and the sister’s standards.”

Upon their arrival in California, Rocky, Adrian and Paulie are driven to seedy downtown Los Angeles to set up digs at the horrendous Hotel Lorane, which is conveniently located near Apollo’s old gym.

During the mid-1980’s, this location was also seen on television’s “Scarecrow and Mrs. King” starring Kate Jackson, and Don Johnson’s hit “Miami Vice”.

Since then, this street has undergone some major renovations to the point where the hotel and the surrounding buildings are barely recognizable.

Despite the redux, this still isn’t a great neighborhood, and the hotel – at least as of 2021 – does have a sign out front that says “Loraine” but it’s tough to tell whether the place is still operatin’.

Some good advice? Find another place to spend your honeymoon.

← Santa Monica Beach Resurrection Gym →
Back to other locations