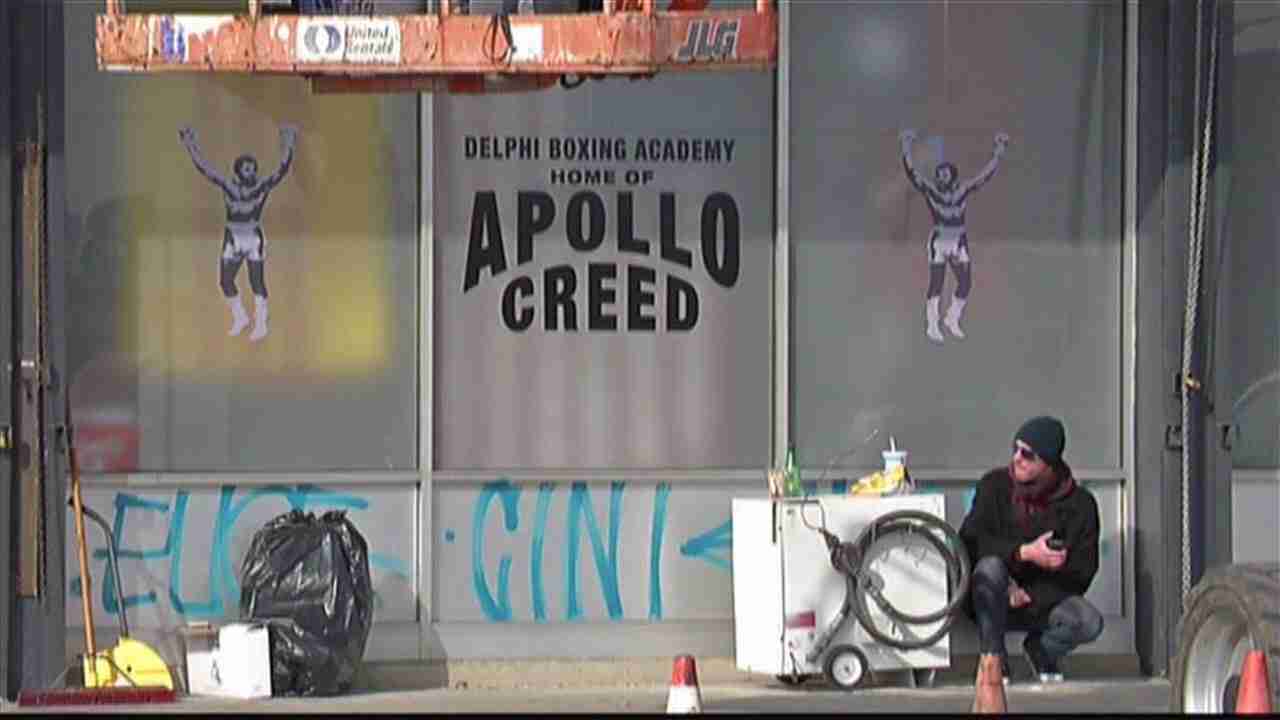 “Your daddy died in the ring.”

This then-empty space in a Philadelphia strip mall in Port Richmond, PA, formerly a local boxing gym, was converted into Delphi Boxing Academy, “Home of Apollo Creed” in January, 2015 for the filming of Creed.

This spot marks the first shooting location used in Creed during filming.

Although physically located in Philadelphia as a convenience to the Creed production crew, the story reveals that Delphi is meant to be located in Los Angeles which is both Apollo and Adonis’ home town.

This spot is not to be confused with Apollo’s old stomping grounds – LA’s Tough Gym, the rugged boxing club Apollo introduces to Rocky in Rocky III.