Did You Know? All 3 of Sylvester Stallone’s Wives Appear in the Rocky Franchise 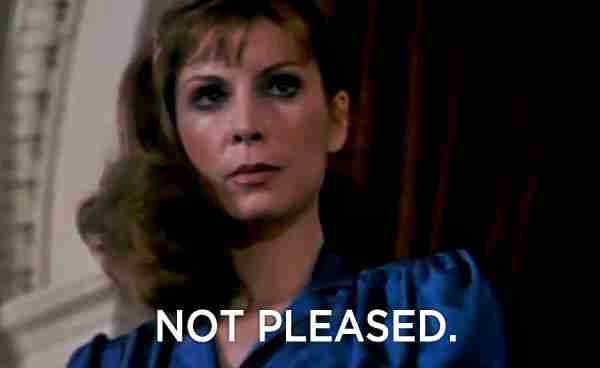 Did you know that all three of Sylvester Stallone’s wives have appeared on screen in the Rocky franchise?

Yep, it’s true. Stallone gave his wives and other family members bit parts in several of the Rocky films through the years. Let’s run through the list of Adrian’s on-screen rivals. 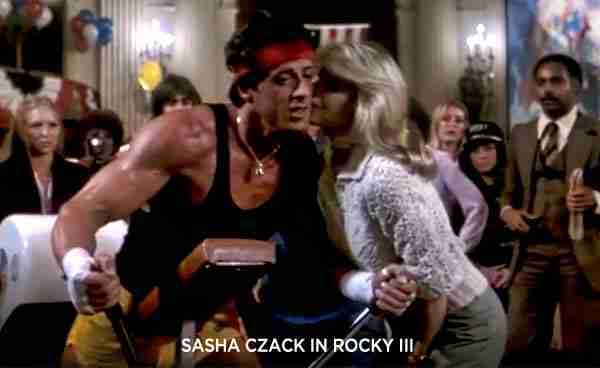 Sasha Czack became the first Mrs. Sylvester Stallone on December 28, 1974, two years before her husband hit it big with Rocky.

Sasha was a trouper during those early lean years as Sly struggled up the ladder of success; during the production of the original Rocky, Sasha manned the camera, snapping some of the most famous still photos of the now-classic movie.

In Rocky III, Sasha finally gets her screen time in the series when she plays a starstruck Rocky fan who gets to step in for a kiss as the champ trains on a stationary bicycle.

The mother of Sage and Seargeoh Stallone (who also appear in the series), Sasha divorced Sly on February 14, 1985. 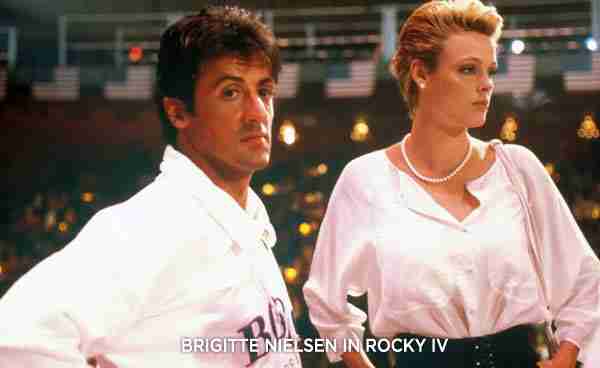 Nielsen became Mrs. Stallone just one month after the premiere of Rocky IV, and the couple went on to star together in the 80’s action classic Cobra. They divorced on July 13, 1987, and neither one ever looked back. 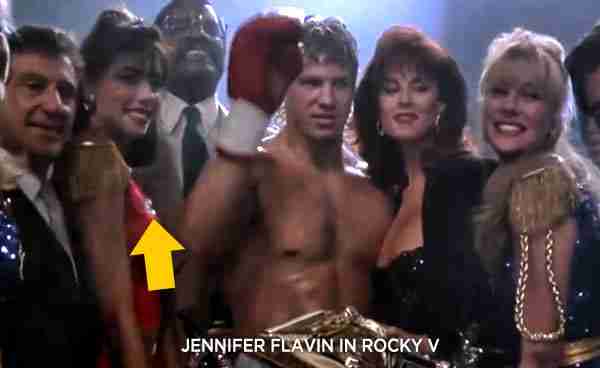 Sly met the leggy model at a restaurant in Beverly Hills in 1988; she got her Rocky moment when she appeared among a group of pretty groupies during Tommy Gunn’s training montage in Rocky V.

Sixteen years after flanking Rocky’s Robot, Jennifer appeared on screen again during the end credits of Rocky Balboa, dancing on the Rocky Steps.

Jennifer and Sly married on May 17, 1997 and have just celebrated their 20th wedding anniversary, a real achievement in Hollywood.

And now for the guys. Rocky truly is a family affair. Besides including the current and former Mrs. Stallones in the movies, some male members of the Stallone clan have also shared screen time with the Italian Stallion.

Sly and Frank’s dad, Frank Sr., has his moment of fame as the bell ringer in the original Rocky. You can spot the elder Stallone looking handsome with gray hair and a red blazer during Rocky’s climactic first match with Apollo Creed.

Sly’s kid brother, “Far From Over” singer Frank Stallone Jr. appears in the first three films of the series, each time as a singer.

In the original, Frank is the streetcorner bum from the dark who sings “Take You Back” with his Kensington buddies. In Rocky II, Frank returns to sing “Two Kinds of Love” with a blazing barrel of fire on Rocky and Adrian’s wedding night.

Then, Frank musically inspires Rocky to get ready for the fight with the song “Pushin'”, performed during the Rocky III rich boy training montage.

He later can be glimpsed dining in Adrian’s Restaurant in 2006’s Rocky Balboa.

Sly and Sasha’s newborn baby Seargeoh stands in as the new addition to the Balboa family in Rocky II. Look at them forearms!

Sly’s then 14-year-old son Sage Stallone memorably starred as Robert Balboa Jr. in the doomed Rocky V. For us, Sage still ranks as the best version of Rocky Junior. As a tribute following his tragic death in 2012, a beautiful portrait of Sage and his father was included in a touching scene in Creed.

And we can’t leave this member of the family out. Good ol’ Butkus the dog is one of the most beloved members of the franchise, and he’s such a good boy that he gets his name credited in the series twice.