Earlier this month, we reported on Topps celebration of the original Rocky’s 40th anniversary this year with a series of collectible trading cards. A limited set of 10 was introduced earlier in August, and now the iconic trading card company has revealed its full set of cards spanning the entire Rocky movie series.

The 330 card box set is available exclusively online at Topps official website (click here to buy) and is priced at $59.99, a much better deal than their original 10-card set which many fans felt was a bit overpriced for so few cards.

You may remember Topps’ collector sets of Rocky II trading cards (which also included stickers featuring scenes from the movie) and Rocky IV cards, released in conjunction with those two movies. This 2016 collection is the first set of trading cards released for the Rocky series since the 1985 Rocky IV cards.

The set includes photos from the entire Rocky series (except for Creed), featuring images from the original Rocky, Rocky II, Rocky III, Rocky IV, Rocky V, and Rocky Balboa. Most interestingly, certain box sets will include a bonus of a randomly inserted card autographed by Sylvester Stallone.

Topps provides an exhaustive checklist of each of the 330 cards in the series which can be downloaded by clicking here. 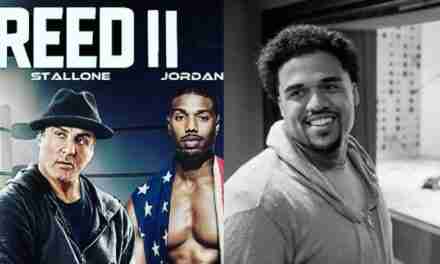