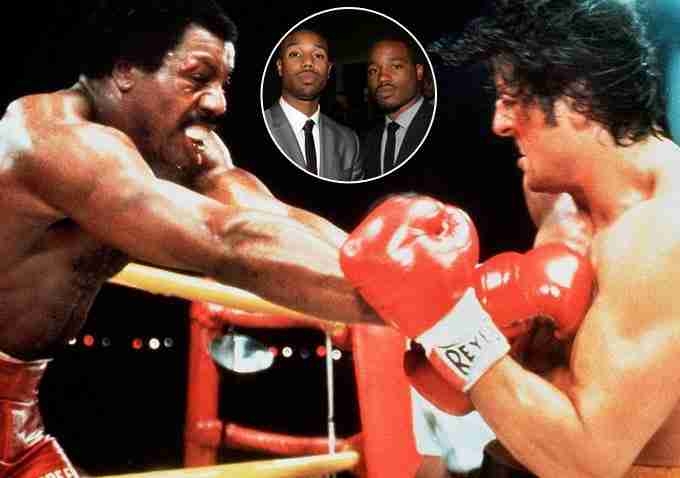 TMZ is reporting that Sylvester Stallone stepped in to break up a real-life altercation on the set of “Creed” today.

Witnesses at the Philadelphia movie studio set claim that professional boxer Tony Bellew, who is playing the role of Adonis Creed’s opponent, leapt from the boxing ring during filming to confront the actor playing his coach. At this point, sources say, Rocky Balboa himself stepped in to break up the two men.

Production representatives say that the claims are false.

The 32 year old Bellew – nicknamed “The Bomber” – hails from England and is a former three time ABA Heavyweight Champion. Earlier this year, Bellew was cast as “Pretty” Ricky Conlan, joining the likes of Apollo Creed, Clubber Lang, Ivan Drago and most recently, Mason “The Line” Dixon in the series of heavyweight opponents.

“Creed” is currently filming in the Aston, Pennsylvania area at a local movie studio soundstage as they proceed with scenes taking place in the boxing ring.

Adrian's Restaurant
Adonis to Rocky: "Did you know that Apollo was cheating on Mary Anne?"
Sylvester Stallone to Return to "The Rocky Steps" in Philly
British Boxer Tony Bellew Cast in "Creed"
Rocky Artwork Needed for New Book →