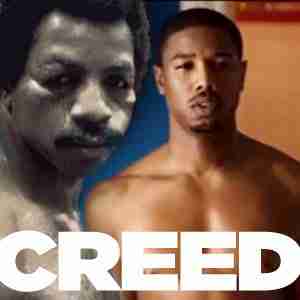 Today Sylvester Stallone announced on his official Twitter that he’s planning to participate in “Creed” in early 2015 – looks like our beloved Rocky Balboa is hitting the big screen again.

This much-talked about spin-off has been rumored to be scheduled for premiere in 2016, ten full years after Stallone’s farewell to the character and the Rocky franchise with Rocky Balboa (2006). Sly Tweeted: “Going to meet up with Arnold [Schwarzenegger], watch the dramatic battle in MACAO and then get ready to do CREED in JAN.”

Stallone wrote shortly after about the “amazing relationship” between Rocky Balboa and Apollo Creed’s son, to be played by 27 year old actor Michael B. Jodan, who’s also busy with his upcoming appearance in “The Fantastic Four” to be released in 2015.

“Sly’s not gonna let anything happen to his baby.”

Back in August, Jordan was quoted as saying: “Creed’s another one. … That’s definitely happening, for sure. Yeah I’m not going to let you guys down. I know that there’s a lot of Rocky fans out there and I’m one of them. So from one fan to another I’m gonna make sure we do a good job with this. Sly’s not gonna let anything happen to his baby.”

The majority of Rocky fans have expressed excitement and support for this new spinoff film, though many concerns have been raised – Will this movie retain the same heart and quality of the previous films in the series without Stallone’s hand behind the scenes; Rocky’s already slipped into the role of trainer and mentor to a professional boxer back when he took Tommy Gunn under his wing back in Rocky V; it’s difficult to see how it would be possible to feature Carl Weathers in the new film since the senior Creed was killed in Rocky IV and didn’t even appear in Rocky Balboa, yet what’s the story of “Creed” without The King of Sting himself?