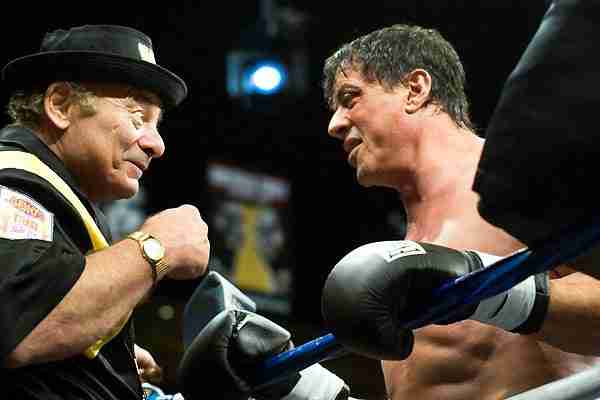 Sylvester Stallone is more used to flooring opponents in his role of Rocky but he recently got a taste of his own medicine on set.

The 59 year old was knocked out and needed urgent medical attention after been caught by a vicious punch during the filming of Rocky VI.

His mother Jackie told the Mail on Sunday: “At first, everyone thought Sylvester was acting when he fell to the floor, but it was serious. Fortunately he’s recovered now.”

His publicist insisted that Stallone was never in danger, adding: “It was a great fight. He got knocked down but it wasn’t for long.”

Stallone has spent the last few months in the gym with Jennifer Lopez’s personal trainer Gunnar Peterson undergoing a punishing regime in order to get in shape for his reprisal of the Rocky role which he first took up way back in 1976.