Star of the Movie ‘Rocky’ is No Innocent

“It is Sylvester Stallone’s life, but it looks like the stateroom scene from the Marx Brothers’ A Night at the Opera.”

Stallone surveys his miniature manor through suggestive, heavy-lidded eyes, redolent of his perfected stance as sensitive macho poet. He stretches and a ripple of self-satisfied contentment runs through broad shoulders, muscled arms. Delighted to find himself in the center of such a hurricane, Stallone announces, “These are all the people who have a piece of my life.”

That remark alone could be construed to mean Stallone suddenly finds himself engulfed by hungry barracudas, that his life is being nibbled away at by the hundreds of Hollywood glad-handers that feed on success like so many eager piranhas – now that his low-budget Rocky, a fight film that Stallone both wrote and stars in, is a heavyweight success.

Such a scenario would make a wonderfully tragic essay, painted in shadowed tones of film noir, an updating of all those Holden and Garfield fight movies, in which the hero wins the title bout, only to learn he has lost his life to a voracious promoter, invidious women and insidious pals.

Stallone’s story could read that way, and yet it doesn’t. At least, there is no discernible evidence.

Stallone’s casual acknowledgement of his new responsibilities is offered up good-naturedly. Just as Rocky is relentlessly upbeat, ignoring the darker alleys into which a dead-end fighter like Rocky Balboa, the self-proclaimed Italian Stallion, would surely have stumbled in order to tell a tale of a loser turned heroic, Rocky’s star is determinedly optimistic by force of a will at least as forbidding as his biceps.

Stallone has banished from the room all the specters that might be expected to dog his success.

Stallone is no innocent. When it is pointed out that one of the movie’s least convincing scenes takes place when Gazzo, the thuggish loan shark, generously hands over $500 to help Rocky train for his title bout, Stallone agrees. A scene was cut, he explains, that established Gazzo as Rocky’s cousin. And in any event, Stallone and Rocky’s director John Avildsen already foresee a sequel in which the vultures descend on Rocky, who, once he becomes a local celebrity, is drafted to run for mayor.

The son of an Italian emigrant, Stallone himself was born in New York’s Hell’s Kitchen but grew up in suburban Maryland.

He likes to think of himself as street-tough, a kid respected more for his brawn than his then-hibernating brain, a survivor of hard times who’s performed every kind of odd job from theater ushering to cleaning out zoo cages. If he overemphasizes the lumps he’s taken, it is so his success story will sound all the more fabulous.

Still, Stallone is not quite the cock-eyed optimist he pretends to be. He knows very well that beyond the immediate crowd in his apartment are others waiting to cash in on his future – lawyers, agents, producers, studio executives. United Artists, which is releasing Rocky, has signed its star to a four-picture deal – and although the terms are sure to be renegotiated upward as Stallone’s own celebrity increases, it is still a form of indenture.

Exultant, Stallone refuses to be led into a denunciation of Hollywood’s fickle ways. “I really like this town because there are no absolutes, everything is absolutely fluid,” Stallone plays with language like a child who just discovered building blocks, “Just think, if this movie hadn’t turned out, if it had been mediocre, right now I’d be doing night work at Pup ‘n Taco.

“Now I submit the same scripts that I showed around town a year ago and they say, ‘Sterling. Absolutely wonderful.’ Well, my friendly gahoona, this is the same, exactly the same, the only difference in this script is that it is a little bit more yellow than when you saw it before, but it’s the same.” 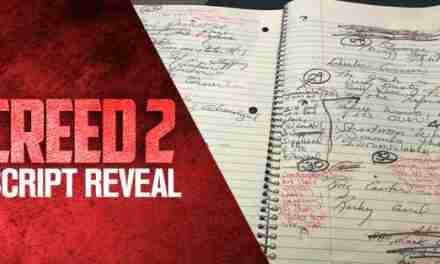