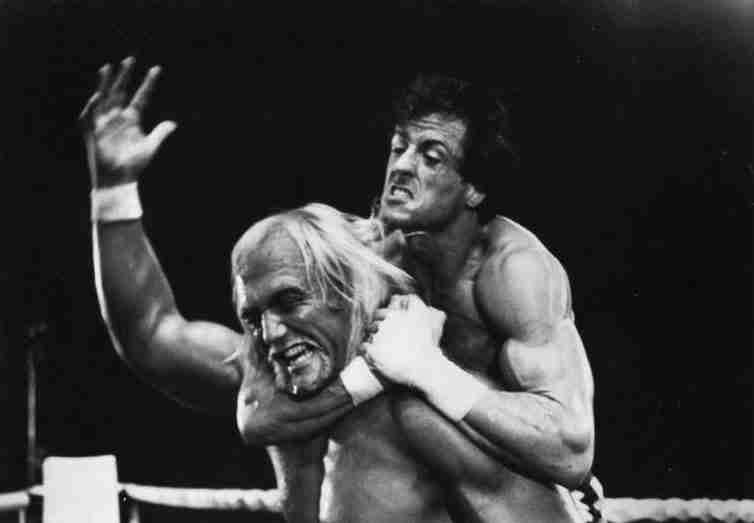 A momentous WWE event just got even bigger. World Wrestling Entertainment announced today that movie superstar Sylvester Stallone will be on hand to induct legendary WWE Superstar Hulk Hogan into the WWE Hall of Fame on Saturday night, April 2, 2005.

Stallone, best known for his portrayals of iconic roles in the series of Rocky and Rambo motion pictures, is currently the co-host of the NBC hit reality series, The Contender (Sunday, 8 p.m. ET) Stallone first met Hogan when he cast him in the memorable role of “Thunderlips” in Rocky III.

The Universal Amphitheatre in Los Angeles will be the site of the induction ceremony. The WWE Hall of Fame Induction is an official WrestleMania Week Event in Southern California; a capacity crowd from 14 countries and 48 states will be attending WrestleMania 21 on Sunday, April 3, at STAPLES Center in Los Angeles.

Although tickets for WrestleMania 21 are no longer available, seats for the WWE Hall of Fame induction are available at Ticketmaster.com or by calling Ticketmaster at 213-480-3232.

Portions of the WWE Hall of Fame Induction can be seen on Spike TV on Saturday, April 2, at 11 p.m. (ET).

Rocky III's Effect on Professional Wrestling
Hulk Hogan: "I want to be in Expendables 4"!
Behind the Scenes Video: Rocky III
Mr. T Ready to Act in Rocky VI →