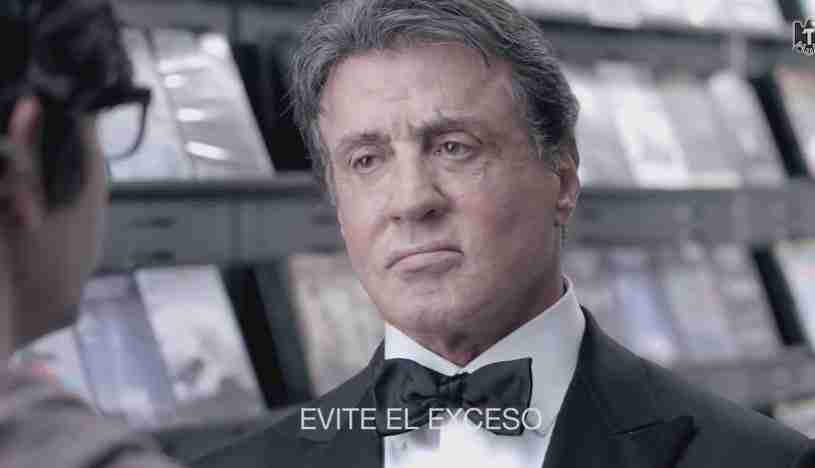 Rocky fans in Mexico will be getting a treat when a series of commercials for Tecate, pairing the beer brand with boxing, air on television in coming weeks. A very  handsome Sylvester Stallone appears in a tuxedo in each of the Spanish language ads where he confronts a dorky guy and with just a look, tells him to man up and to watch more boxing. The commercials end with a boxing match set to “Eye of the Tiger” and Sly pounding his fist. Tecate will run the commercials in the United States after their Mexico debut.