Today, iTunes released an exclusive featurette on the making of the Rocky spinoff movie Creed in conjunction with a live twitter Q&A with the film’s writer and director, Ryan Coogler. [CLICK to watch it.]

The video featurette includes interviews with the cast including Sylvester Stallone, Michael B. Jordan and Tessa Thompson, along with the director, who explains that during his youth, the Rocky films were a great inspiration.

“How I got into this movie was my father,” Coogler explains of the story’s origin. “My father was a massive, massive Rocky fan. He could repeat all of the lines, line for line.” The director explains that his dad had him watch Rocky II on video just prior to every big athletic game he attended.

“Rocky’s story was pretty much done,” Stallone says. “And now it’s a new idea; a concept that I never even considered. It’s about a rebirth of Rocky and this new character of Adonis Creed for a whole other generation.”

Irwin Winkler, the sole survivor of the original film’s producing duo of Chartoff-Winkler Productions follows Stallone by saying: “We all thought [the Rocky series] was finished. Little did I know that there was a young man up in Oakland, California that had an idea for a spinoff of Rocky that would create a whole new audience and would continue on Rocky but in a different way.”

“Carl Weathers did such an incredible job with Apollo Creed,” says Michael B. Jordan, who plays the son of Creed, born after Apollo’s death in the ring at the hands of Ivan Drago in Rocky IV.

The video features lots of behind the scenes footage of the actors in between takes and the director on set. 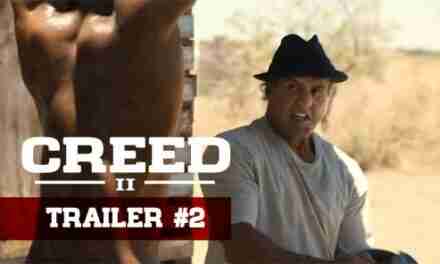 Seems All of Philly Wants a Shot at ‘Rocky Balboa’