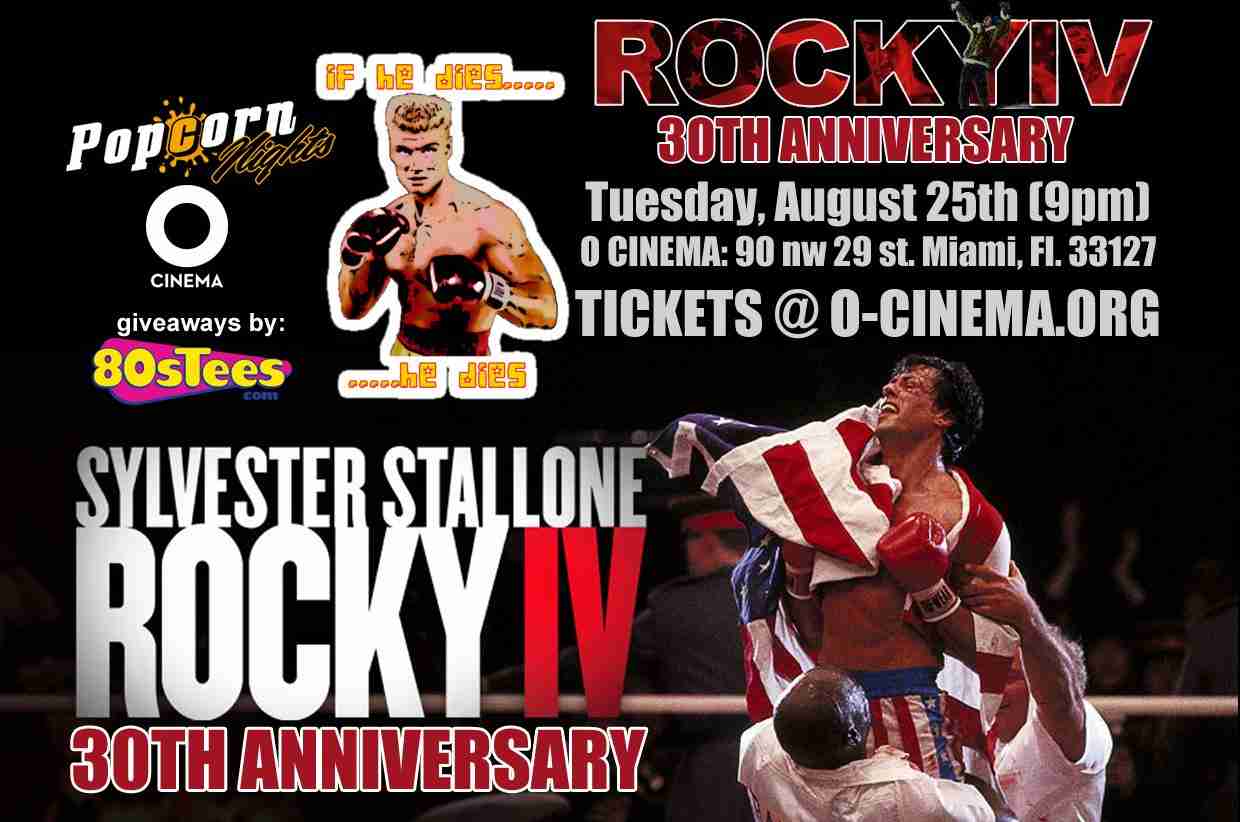 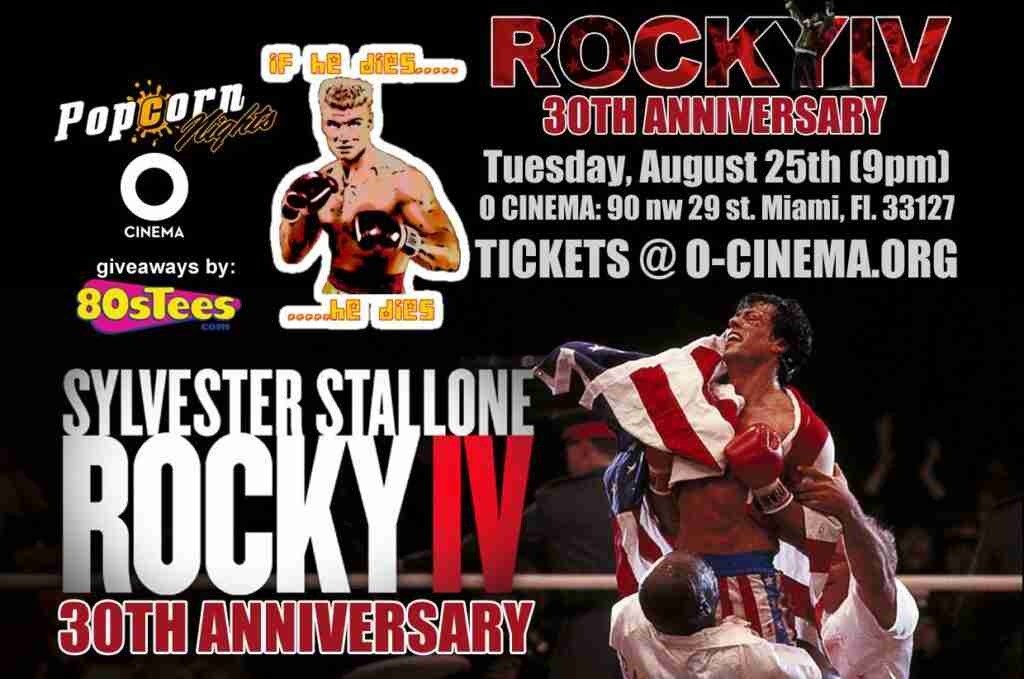 Lucky Miami, Florida residents will be treated to a special anniversary screening of Rocky IV next month when Popcorn Nights and O Cinema host a presentation of the film on the big screen. The screening will be hosted by Marc Ferman of PopcornNights.com and will feature giveaways by 80s Tees. Popcorn Nights and O Cinema have teamed up for a special monthly retro movie night that will take place the last week of each month, so stay tuned for other classic flicks if you live in the area.