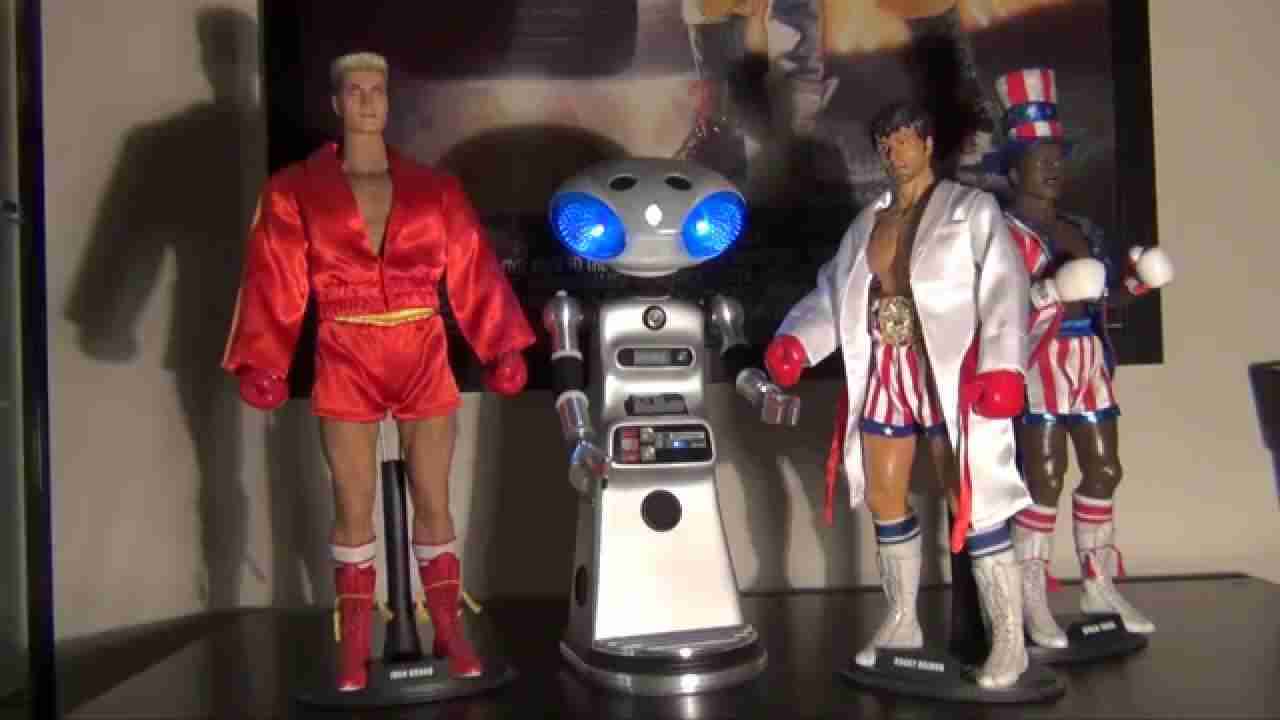 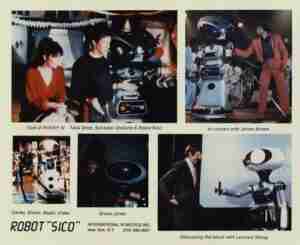 Finally Sico the Robot, famously remembered as being Paulie’s birthday present and then … female companion(?) in Rocky IV, has finally been produced as a one-of-a-kind action figure. You can check out all of Sico’s bells and whistles in the above video from Eccentric Views.

The mini replica figure was built by Dawn at Little Buddies Action Figures who specializes in custom made figures created one by one. Well done, Dawn!

The real Sico the Robot was designed in the early 1980’s and was a creation well ahead of it’s time – in Rocky IV, we are led to believe that the robot has the capability to understand and communicate with humans. Built by one of the world’s foremost designers of interactive robots, International Robotics Inc. and it’s CEO, Robert Doornick (who also lent his voice to the robot), Sico was originally created to bring awareness to autism, which is why the robot played a role in the Rocky series in the first place. Sylvester Stallone’s son, Seargeoh Stallone – who as an infant played the role of the newborn Rocky, Jr. in Rocky II – was diagnosed in 1982 as autistic. Autism was at that time a mysterious disorder that was not well understood, and when Doornick appeared on a talk show to promote the robot and discuss the work he’d done with autistic children, Sylvester Stallone and his wife took notice. “They were very interested in how the robot could work with his son. One thing led to another and Stallone completely became enamored with Sico, that particular character.” Doornick explained his belief that in many cases, robots could more easily communicate with autistic children than could people – a treatment concept very much ahead of it’s time.

Stallone became a huge fan of Sico, writing in additional robotic scenes for Rocky IV that never made it into the finished film – and it’s just as well, because they would have altered the tone of the story and taken some of the focus away from the plotline as we know it. In an interview with Trivia Happy, Doornick recalls:

“… One particularly comic scene between the robot and Rocky’s brother-in-law, Paulie, that wound up on the cutting room floor. In the scene, Paulie and the robot had developed an odd couple relationship, with the robot complaining that Paulie always slept in the same t-shirt and made too much cigar smoke. The robot “found it offensive to [his] sensors.” So Paulie responded.

“Paulie shuts the robot down,” Doornick remembers, “opens the back panel, and changes the circuits to turn the robot completely female. Which is why in another scene, when the robot brings Paulie a beer, that’s my voice being synthesized into a woman’s voice. Most people in the movie don’t understand why the robot switched from a normal voice to a female voice. That’s why.”