The photo shows Rocky in the gym training his new protege, the son of his former opponent and best friend, Apollo Creed. Jordan has certainly spent time of his own in the gym – the photo shows off his ripped physique. The men are working the speed bag in workout clothes in an image that is very reminiscent of a still from the original Rocky showing Stallone at the speed bag wearing his iconic “Win, Rocky, Win” tshirt with actor Burgess Meredith as trainer Mickey Goldmill coaching at his side. This still is only the second photo from the film that has been publicly released following the filming which wrapped earlier this year. 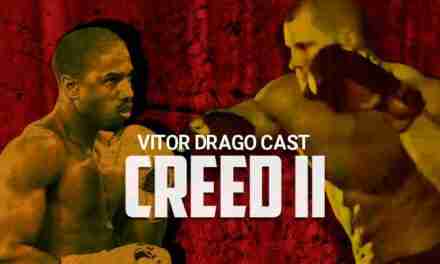