The script for screenwriter Carl Kirshner’s Mick-centric story “The Mickey Goldmill Story” (formerly titled “Angel On My Shoulder“) has undergone revisions and we’ve got to say that after reading it, we love the story.

Written by award-winning screenwriter and producer Carl Kirshner, “The Mickey Goldmill Story” puts the focus on Burgess Meredith‘s beloved character as we follow his story as an orphaned turn of the century immigrant as he fights his way through the crooked game of boxing in a effort to earn his self-respect and confront his father’s killer in the ring.

What film projects have you been working on recently?

“I’ve been working very hard on a few movie projects that have been taking up all my time and energy. The last movie I produced and co-wrote, NIGHTMARE BOX had won 15 awards in genre festivals around the world including best screenplay (and is due for worldwide release soon,) which has led onto producing (amongst others) a movie that is set to go later in the year, a horror anthology called THE GATHERING – which has actually been labeled by Variety as ‘The Expendables’ of horror. It is going to star Simon Pegg and a host of the top names in horror, old and new, so I have been insanely busy with that and another thriller called DARK HEART starring Brian Cox that is set to shoot in Canada later in the year. Also I am producing a movie about the life of ED WOOD called THE FINAL CURTAIN which will be directed by my longtime producer, horror director Jon Keeyes and starring Udo Kier which is the sequel of a kind to Tim Burton and Johnny Depp‘s Oscar-winning movie.”

What’s the latest with the “Mickey” script?

“My passion for this project is still very strong,” Kirshner says, “and in light of CREED getting the green-light and seeing how the fans and the industry have reacted to a ROCKY character spin-off so positively, I am as optimistic as ever that this project has real legs and I have received an incredible amount of support from fans who WANT this movie made. Once again this year, alongside CREED, we will see another studio boxing movie with SOUTHPAW that goes to show the interest in this genre is still very strong. I have approached A-list name talent who have showed real interest in MICKEY but it probably won’t go any further until the powers to be at MGM, Chartoff/Winkler or even Sly himself get behind this and get the ball moving. I am an independent producer and this will take studio backing.”

Back in April, 2015, we reported that “The Mickey Goldmill Story” script had caught the attention of John Avildsen, director of Sylvester Stallone’s original Rocky and Rocky V. Avildsen praised Kirshner’s story and asked to be kept in the loop as the project moves forward.

“Everyone who has read the script has said it’s one of the best boxing/drama scripts they have ever read,” Kirshner reports. “I am very proud that even Sly said it was a great idea and John Avildsen loves the project. We just have to get the community behind us and make more ROCKY history. Mickey deserves this and I feel that the time is right to let the fans and industry figures that will be reading this to let them download the script and see what a great movie this will make.”

Recently reworked to enhance the existing romance between Mickey and his girl, the story is now much more in line with the spirit of the “Rocky” movie series. The script is rated PG-13 and is suitable for most readers. If there is anyone who reads it who feels they can help move the project forward in the right direction, please contact Carl Kirshner. 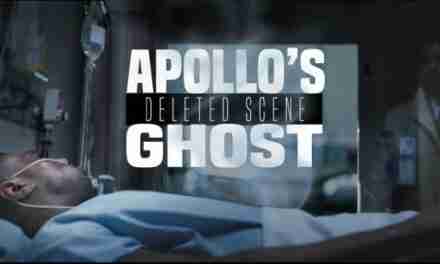