Losing a Legend: What Rocky Owes to Muhammad Ali

MUHAMMAD ALI PASSES AWAY AT 74

Last night, the world lost one of the most powerful icons of our time, The Greatest of All Time – Muhammad Ali. His immense talent, inspiration, and groundbreaking courage were felt far beyond the ropes of a boxing ring. In Sylvester Stallone’s words, Ali was – and always will be – “a 100% certified Legend.”

There’s no doubt that Rocky fans owe Muhammad Ali a great deal. Were it not for Ali’s influence, the Rocky franchise wouldn’t be what it is today.

“That night I went home and I had the beginning of my character,” young Sylvester Stallone wrote after having witnessed the Heavyweight Champion of the World momentarily being knocked down by an underdog fighter who had just one shot at the Championship. “I had him now. I was going to make a creation called Rocky Balboa, a man from the streets, a walking cliché of sorts, the all-American tragedy, a man who didn’t have much mentality but had incredible emotion and patriotism and spirituality and good nature even though nature had not been good to him.” (From the Official Rocky Scrapbook)

With the foundation of his title character in place, Sylvester Stallone’s went on to craft Rocky Balboa’s opponent, a memorable foil who would eventually morph from rival to trusted best friend as the series went on. Stallone’s shooting script for Rocky describes the character of Apollo Creed at the point of his first on-screen appearance. The text could easily be describing Muhammad Ali.

“The Heavyweight Champion of the World, Apollo Creed. He is twenty-eight years old. He is tall, smooth-muscled Black with barely a scar on his light coffee-colored face.”

Indeed, Apollo Creed’s character is rife with Ali’s signature bravado, his mannerisms, his courage and strength, all phenomenally embodied by actor Carl Weathers. An athlete in real life, Weathers played college football but hadn’t stepped into a boxing ring since high school. After reading for the Creed role, Weathers had to prove that he could pull off being a boxer on film. “I went into the ring with a real boxer, and he beat the hell out of me, tired me out in about three minutes. I couldn’t pick up my arms. They saw some promise though.” Weathers endured intense physical training and spent time researching the moves of real life boxers, including Muhammad Ali, as he prepped for the movie. The actor’s hard work paid off in spades on screen with an absolutely convincing performance in the ring.

“Weathers told me he got the dancing and the jabbing, the whole style of Apollo Creed, from watching my movies,” Ali revealed to film critic Roger Ebert in a fascinating interview during which Ali’s reactions to watching Rocky II were documented. “Rocky Part Two,” Ali joked as the film began, “starring Apollo Creed as Muhammad Ali.”

“That’s me, all right,” Ali said, watching Weathers’ moves on screen. “Apollo sounds like me. Insulting the opponent in the press, to get him psyched out. That’s me exactly … Rocky doesn’t act nothing like me. Apollo Creed, the way he dances, the way he jabs, the way he talks…That’s me.”

Throughout the series, Weathers’ likeness to Ali combined with his own creative twists on the Creed character inspired fans of the Rocky series nearly as much as Rocky Balboa himself. In fact, perhaps Apollo’s biggest fan was a kid in Oakland, California, who looked up to the character as his own personal champion … and ultimately inspired him to write his own screenplay, turning the series’ spotlight on his favorite character. The kid was Ryan Coogler, and his story? Creed. A film which has reached both a new generation and a new demographic, 40 years on – all due to one man’s inspiration.

FROM REEL TO REAL: ALI CROSSES OVER INTO ROCKY’S WORLD

Muhammad Ali first punched his way into Rocky’s world at the 1977 Academy Awards show when he made a surprise appearance on stage. “You stole my script! All that was me! I’m the Apollo Creed!” Ali joked as Stallone stood shocked at the podium before the two men mock-sparred to great applause from the audience. It’s a moment that goes down as one of the most memorable in Oscar history – the night Rocky sparred with The Greatest of All Time.

In an interview with the Hollywood Reporter in 2015 at the time of Creed’s release,  Carl Weathers reminisced about his real life encounters with the Champ.

“One time in Beverly Hills, I was sitting outside a restaurant and Ali was coming down the street and had a group of people around him .. and they look over where I’m sitting and Ali goes ‘Apollo Creed!'” Weathers relates, mimicking the former champ’s booming voice. “Then all of a sudden, there is Muhammad and I standing on the sidewalk throwing punches. It was so bizarre. It was all just in good fun, of course,” he said, laughing.

“Last time I saw him was in New York in a hotel lobby, and it has to be 11:30 at night, and he makes me get up to make sure I know he can still whip me,” Weather says, with hysterical laughter. “And there we were on our toes, bouncing, and it was just so bizarre but such fun. He is a great man.”

Tributes to the Champ have been pouring in on social media all over the globe, from ordinary people, to those who knew and worked with Muhammad Ali, to those in the Rocky family touched by his Greatness. Our prayers are with his family as they struggle to cope with what must be a monumental heartbreak – it certainly is to all of us.

Fantastic man who I came to know well.… He was the real Apollo Creed! https://t.co/SW1GpPccao

The Greatest made the world a better place. His work is done. We are better for it. Thank you. RIP, Champ. #BePeace pic.twitter.com/VtPhYRJS3U

Thank you CHAMP. Thank you.

My prayers go out to Muhammad Ali tonight he was a great champion who never dodged any fighter.

RIP Muhammad Ali.The greatest sporting icon of all time! A man who transcended boxing an put our sport on the map.His name will live FOREVER

R.I.P. Muhammad Ali #thegoat Condolences to the entire Ali family for their lost. He was bigger… https://t.co/etFz7CbE5C 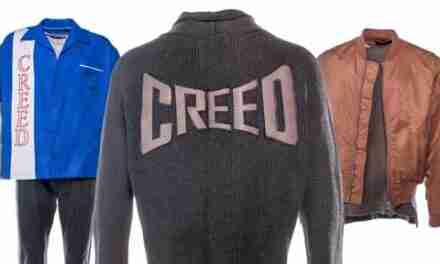