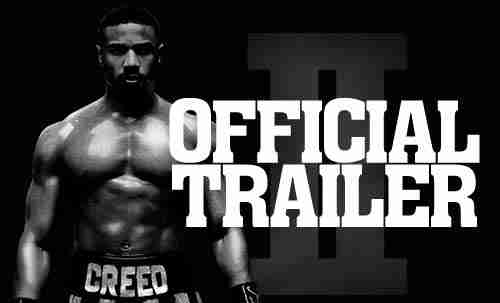 This fall, there’s more to lose than a title.

MGM and Warner Brothers have released the official teaser trailer for Creed II, which hits theatres in the United States on Thanksgiving.

”Get a ringside dear at the battle of the century!” Sly Stallone posted today along with the trailer.

This first glimpse doesn’t give the plot away, and also builds suspense by not revealing Vitor Drago’s character except in a menacing shot of his back.

Adonis and Bianca (predictably) have a child, a-la Rocky II; Rocky looks back to his old self; and like the cloaking of Florian Munteanu’s character, there’s no reveal of Dolph Lundgren – a cool move that just makes us want to see Creed II all the more.

Sly and Frank Stallone Mess Around with Life-Like Rocky Statue →