Screenplay for “Drago” Spinoff & Interview with the Screenwriter 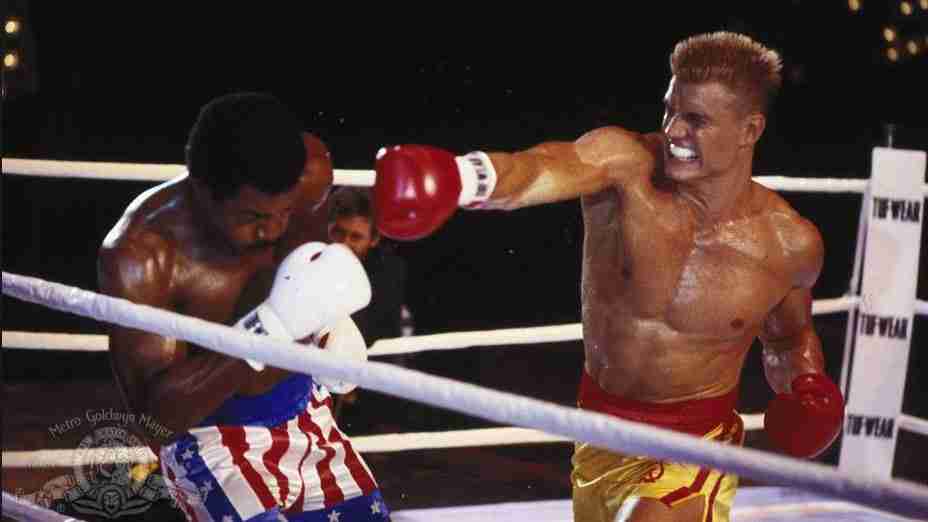 CAN ANOTHER “ROCKY” SPINOFF IDEA FLY?

Screenwriter Andrew LeMay agreed to an interview about the latest on his Rocky spinoff project, Drago, which hopes to follow on the heels of Ryan Coogler’s spinoff Creed, set to premiere in November, 2015.

Based on characters created by Sylvester Stallone 40 years ago, Coogler’s story was ultimately approved by Stallone himself, but getting that green light wasn’t easy. “I was dead set against it,” Stallone revealed of his initial reaction to the notion of a spinoff film.

Eventually, Sly was won over by the strong story and the care with which his characters were drawn by Coogler, himself a massive Rocky fan.

Whether another spinoff of the Rocky franchise could make it into production seems unlikely given the difficulty with which Creed was met, however, the movie’s reception at the box office should yield more answers this winter when Creed hits the big screen.

Writer / director Ryan Coogler mentioned the possibility of future Creed sequels should this first installment be a huge commercial success, but whether Rocky Balboa could (or should) return to a sequel to the Creed spinoff is doubtful.

LeMay’s Drago takes audiences on a totally different path, putting Rocky IV‘s villain, Russian fighting machine Ivan Drago in the spotlight as audiences follow his story in the years since his loss in the ring to Rocky Balboa in the 1980’s. LeMay’s spinoff concept features Stallone’s Rocky Balboa in several scenes throughout, including a ringside conversation with an older Rocky and Clubber Lang as they attend a boxing match.

Other highlights are sequences with Mason “The Line” Dixon (to be played again by former heavyweight champ Antonio Tarver), now redrawn with a more negative slant, and a love scene with an older Ivan Drago and his wife Ludmilla (played by Brigitte Nielsen).

TR: Thank you for coming back to release your new script “Drago” with us at TotalRocky.com. It’s been 30 years since Dolph Lundgren played the role of Captain Ivan Drago, what made you want to write this script, and exactly who was it written for?

Andrew LeMay: Truthfully, I wrote it for me. I’ve been waiting to see Ivan back on the screen since 1985, but could never figure out how Sylvester Stallone could do it. That is until Rocky VI (Rocky Balboa) came along right as social media began to get big.

Just think, today you can tweet directly to Sylvester Stallone (@TheSlyStallone) to let him know you want a Drago movie made. If demand is there, it could take as little as a week to make it to the studio boardroom for discussion. With social media playing a big part in gauging movie viability, screenwriters like Max Landis (Chronicle, American Ultra) can get movies made simply by pitching them online to their loyal followers. It’s a great time to be a writer!

But like anything you’ve got to get in the door, which can be as simple as an intern passing it up the food chain.

Focus too much on camera angles or pointless dialogue and its Jimmy meets trash can by page five. Stallone, being the one who pulls the trigger, is really in tune with his fans and the Rocky formula. So after learning the mistakes of Rocky V, Stallone said there had to be a boxing match at the end, so I started there and worked backward. Considering Ivan Drago is about as talkative as a Monk at a Full Tilt poker tournament, I thought it more appropriate to replace drama with scheming and gratuitous action sequences.

TR: Sylvester Stallone talks a lot about writing characters. What was your biggest challenge when it came down to finding your character’s voice?

AL: The biggest challenge came in keeping true to the voices Sylvester Stallone laid down in previous movies, while expanding character roles within the Rocky canon.

You’ve got two ex-Rocky antagonists; one who is an archetypal villain that has to become the hero, the other who is a thoughtful individual who must be transformed into an arrogant, pampas fighter.

Top it off by turning the Rocky Universe protagonist into an idea / driving force for your new anti-hero to hate enough that he would spend the last 30 years training to fight him, and you’ve got a story! Don’t get me started on the unknown “Creed” factor… if anything happens to Paulie, I’ll be doing rewrites until next Thanksgiving.

TR: What was your biggest challenge in reimagining Ivan Drago’s life after Rocky?

AL: Definitely explaining where Ivan Drago has been for the past 30 years. You can’t just gloss his superhero back-story over with “Hi everyone, I’ve been working at Subway for the past three decades and feel my submarine sandwich techniques will help me box again!” It wouldn’t be believable, just like if Mason got out of boxing and tried to get back in; thus I gave him a Rocky 3 makeover similar to when Mickey Goldmill propped up Rocky with over ranked fighters.

As for Captain Ivan Drago, keeping him anywhere near professional boxing after the fall of Russia would take too long to explain and raise more questions than answers. So how do you keep a Russian fit for fighting? Leave him in Russia and keep him under the threat of death, inside prison.

This being the correct solution, leaves little room for our main characters to arch, but creates a scenario similar to “The Dark Knight”. As Harvey Dent (two faces) changed from Hero to Villain, Batman and The Joker didn’t become different characters, but adapted to the shifting landscape. This method of storytelling doesn’t work well for unknown properties, but in the case of “The Dark Knight” and “Drago”, viewers know and love the characters already, so it’s like they’re getting two movies for the price of one.

TR: What made you feel there was a demand for an Ivan Drago film to be made?

AL: Audience wise, I discovered there was a demand for it after my first major write up by Nick Vadala from Philly.com. His article was quick, to the point, and pretty dead on. I was proud to be a part of Philadelphia, the only place in the world where people live Rocky.

As for professionally, when Antonio Tarver (the future heavyweight champ) favorited a picture I posted of him from the Rocky Balboa movie with the synopsis in print, I knew I hit a chord. Knowing that Antonio Tarver was interested in coming back as Mason Dixon really made me want to push harder to get more actors on board.

TR: Why did you cast “type” in your screenplay?

AL: I wanted readers to visualize exactly who I was thinking of when I wrote the character. A dramatic actor like Christoph Waltz sets the tone in peoples mind, especially after his role in Quentin Tarantino’s Inglourious Basterds. Audiences could believe that he would be a thorn in Ivan’s side, especially if someone like Aleksander Emelianenko was his right hand man. Now that would be cool.

As for MacCauley Culkin playing a young Vladimir Putin? Simply Google “Putin Calkin” and tell me you wouldn’t be interested in seeing that happen in a Rocky movie.

Sylvester Stallone and Rocky are one in the same. So much that I wouldn’t want to do this movie without Stallone directing. Rocky IV was such a monumental success and cultural landmark, that his influence and direction would bring everyone together behind the Drago movie.

TR: How do you plan on getting this movie made?

AL: In my mind, Drago is a done deal. Sylvester Stallone is going to be looking to expand the Rocky Universe after “Creed” becomes a hit. Dolph Lundgren is in great shape and the same age Stallone was in Rocky Balboa.

I’ve had positive feedback from Antonio Tarver (Mason Dixon), Lou DiBella (Himself), and Brigitte Nielsen (Ludmilla Drago) to reprise their roles, and fans of the “Drago” movie have been tweeting Sylvester Stallone (@theSlyStallone) to tell him they want it as well. But in all reality the biggest roadblock to Drago getting made (which isn’t a bad one to have), is selling “Communist Boxing Redemption Movie” (the screenplay Drago is adapted from) before the Drago script gets enough shares to get MGM’s full attention.