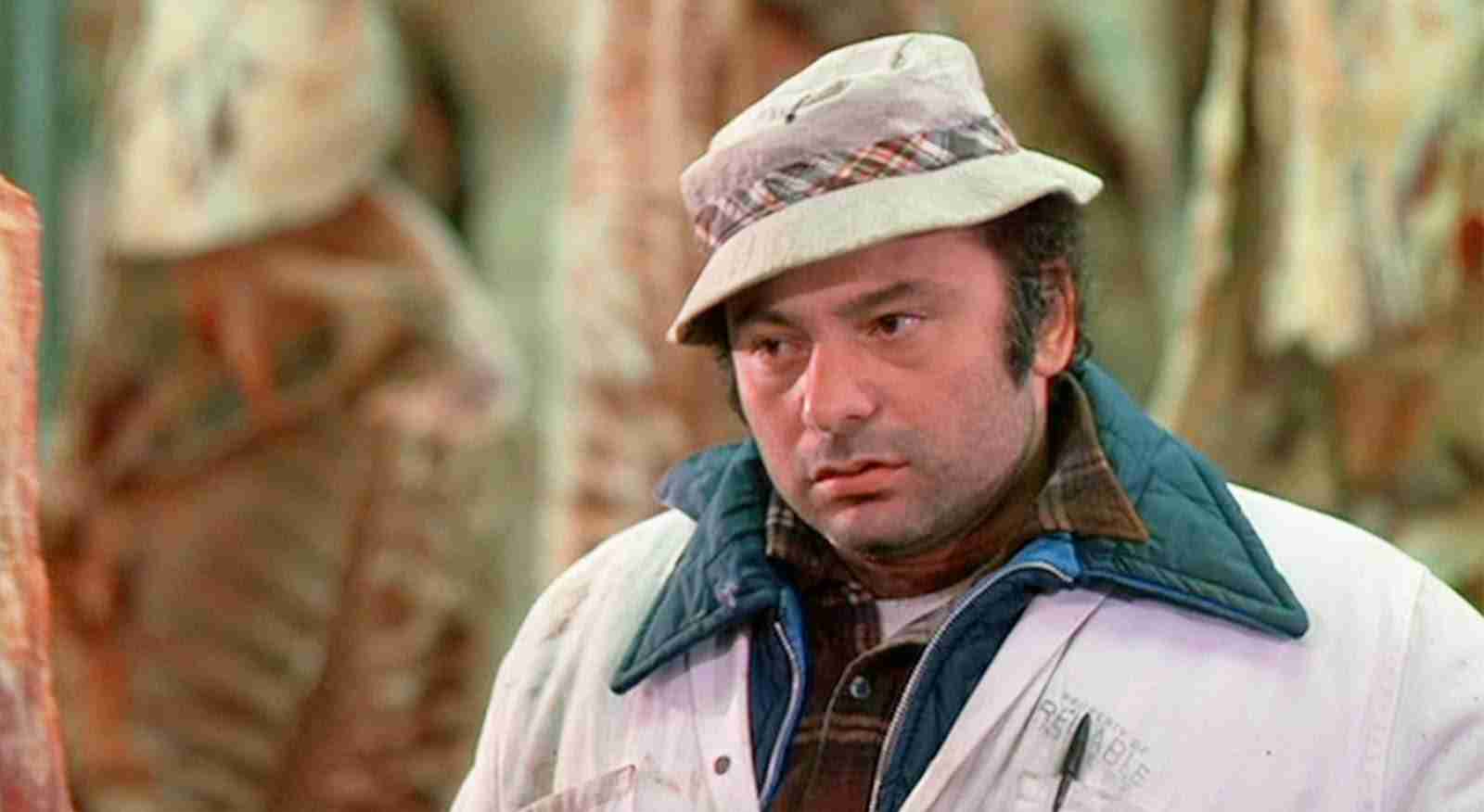 A semi-literate slob with a hairy paunch and no-neck fireplug body.

That’s the image that actor Burt Young cultivated for dozens of film and TV roles – most notably for Paulie, Sylvester Stallone’s brother-in-law in Rocky and the Academy-Award-winning film’s four sequels.

But to dismiss him with that image would do him an injustice.

Young is not only an Oscar-nominated actor (true, he’s mastered the slob image), but he owns a restaurant, writes plays and scripts, and paints, with plans for his works to be exhibited in Santa Monica and even Russia.

“I’m pretty good. I’m even better than pretty good,” he boasts with a hearty laugh during a telephone interview from Hollywood.

And although he smokes three packs of unfiltered Camels a day, he is – depending on when you encounter him – either that proverbial slob or buff and muscular.

“I go up and down,” he says. “I used to be a fighter and I’m used to taking weight off. Goes back pretty easy, though.”

Young is helping to promote the upcoming release of the Rocky Anthology, a DVD boxed set of all the Rocky movies. Which is something of a surprise given widespread reports that he and Stallone had a falling out over the final film in the series, 1990’s Rocky V.

Young himself confirms that he had disagreed with elements of the screenplay in which Paulie naively mishandled Rocky’s money and threatened to kill himself. He was hurt that Sly, unlike in the past, had ignored his suggestions for improvements.

“So, for a short while we didn’t talk,” he explains. “But now he has this reality fight show (Mark Burnett’s “The Contender”), so they asked me if I would show up, you know? And I was pleased to hug him and forget the time lost.”

So what is it about the Rocky franchise that made it such a hit that it spawned four sequels since its debut in 1976? Young says it really wasn’t a boxing movie.

“It was people standing up, not even winning, just standing up, and it became a delicate love story with two pretty weak people making one whole person, meaning Sylvester and Talia (Shire).”

And despite all the praise heaped on Martin Scorsese’s Raging Bull, Young believes the Rocky fight scenes are the best ever put to film, and for that he credits Stallone for pulling off a script with freshness and boldness.

“He goes away for a night and comes back with three pages where he wrote out in pencil, punch by punch . . . and it was like he made prose out of the fight itself.

“To me it was lookin’ like an Arthur Miller play where, if you skip over a comma, you’re missing a dent in the story that was necessary. And he really choreographed everything.”

Young thoroughly enjoys looking back at the 14-year Rocky ride in which he’d revisit his Paulie character at regular intervals, finding him alternately thin and heavy.

He says he patterned Paulie’s insecurity after his own, all burly bluster on the outside but a frightened pussycat inside.

“Basically, to me he was a very scared guy,” he says. “He would cover and protect himself from that kind of fear with bravado and empty mischief.”

So will there ever be another Rocky movie? Young says Stallone does have a beautiful script and wants to do it.

“There’s a snag with some of the studio people,” he explains. “Sylvester was very anxious. He spent half a year writing different editions of the story. We’ll see.”

The DVD set, meanwhile, is a surprise for what it doesn’t contain. Namely no extras other than an extra disc with the A&E Biography episode on Stallone. Each title is a new high-definition transfer with improved 5.1 surround sound. But the set contains none of the background extras – audio commentaries, behind-the-scenes looks, theatrical trailers – all of which were included in a 25th anniversary boxed set released in 2001.

A summary of the career of actor Burt Young, who won an Oscar nomination for playing Paulie in the first Rocky film:

Prominent film roles besides the five Rocky movies: Cinderella Liberty, Chinatown, The Gambler, Once Upon a Time in America, Convoy, Amityville II: The Possession, Harry and Walter Go to New York, The Killer Elite, The Pope of Greenwich Village, Back to School, Betsy’s Wedding, Beverly Hills Brats, Mickey Blue Eyes, The Adventures of Pluto Nash, Carlito’s Way: The Beginning.

Other pursuits: Writes plays and screenplays, paints, owns a restaurant in the Bronx.

Quote: “I enjoyed playing around with that guy, and it was a pleasure every three, four years, coming back seeing how the wardrobe is. Is he heavy? Is he thin? I had fun.” – On playing Paulie in the Rocky films.