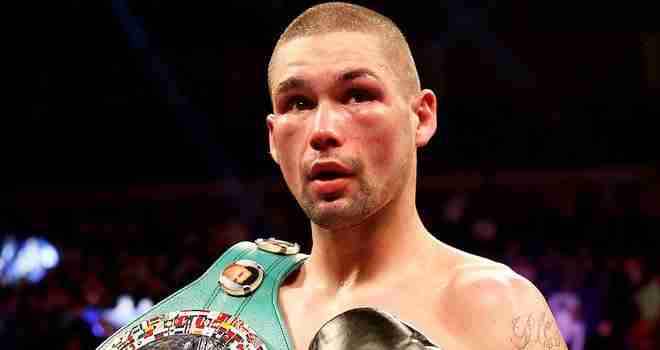 Tony Bellew, a 31-year-old professional boxer from Britain has signed to appear alongside Sylvester Stallone in 2015’s “Creed”, the story of Apollo Creed’s fighting son.

Bellew has been cast in the role of Pretty Boy Porter as the opponent to actor Michael B. Jordan’s Adonis Creed.

“Creed” is to be directed by Ryan Coogler, and begins shooting in January, 2015 in Philadelphia and later, allegedly in Las Vegas. The cruiserweight fighter has been courted for the role for some time, and initially thought the phone calls from Hollywood were a joke.

”A guy phoned me up and said Sylvester ­Stallone wants to speak to you. I said, ‘F**k off,’ and when he rang a second time 10 minutes later, I told him I would trace the call, find him and beat the s**t out of him. Then he rang a third time and told me to check out the director on the web and we agreed to meet at a hotel. Even then I thought it was a wind-up and expected someone to jump out and say, ‘Ha, fooled you!'”

Andre Ward, former super-middleweight champ has also been cast as another fighter.

On his involvement in the film, Sylvester Stallone was recently quoted as saying: ”It’s very interesting because people would think it would be ‘Rocky VII’ … it’s not, I have a supporting role … I think it will be a great movie.”