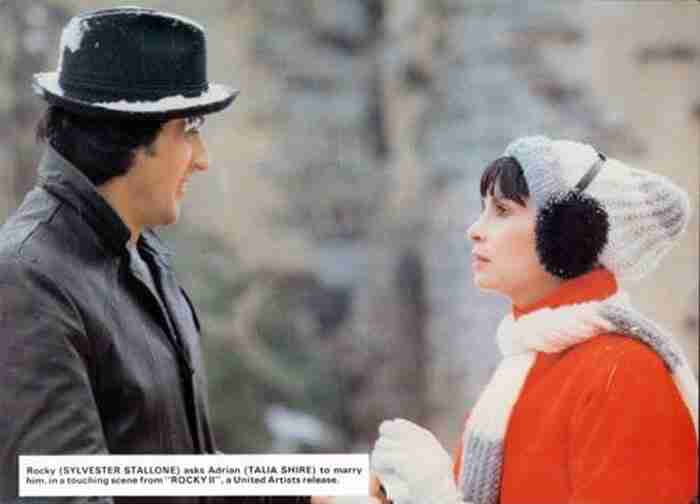 “I wonder if you wouldn’t mind marryin’ me too much.”

Today, the area looks completely unrecognizable than it did in Rocky II; it’s part of the “Big Cat Falls” exhibit. The (rough) spot where Rocky asked Adrian to marry him is no longer an open area but instead is within an enclosure walled off by glass.

Behind the Scenes on Rocky’s Proposal at the Zoo

Sly – dressed in character as Rocky Balboa but speaking as the film’s director continued, “I said – How interesting. Rocky has got to propose to her, but where? In a zoo, an empty zoo. When? In the middle of the snow. And I thought that would be really, really nice. And the fact that we have a crew that can gel so quickly and we’ve got a Tiger who’s cooperative.”