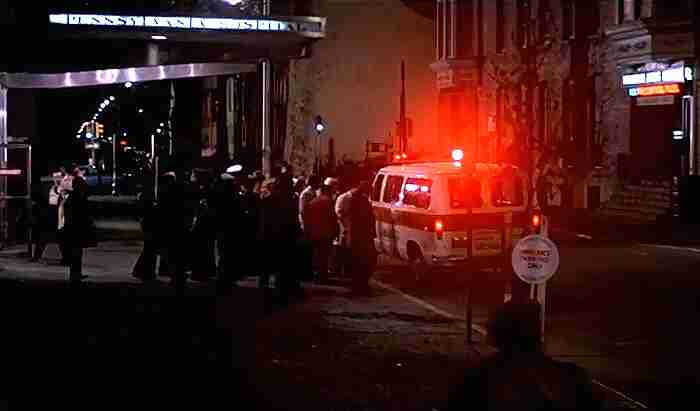 Following their first battle in the ring, Rocky Balboa and Apollo Creed are each taken by ambulance to the Philadelphia Hospital emergency room entrance on Spruce Street.

The camera follows the ambulance approaching on South Darien Avenue and then rounding the corner to the ER on Spruce Street where Rocky is unloaded for surgery.

Later in the movie, is assumed that Adrian is taken to the same hospital when she goes into premature labor with Rocky Jr. although this is never specified.

Adrian’s hospital is very clearly a Catholic one and therefore is likely a different location than Philadelphia Hospital.

Founded in 1751 by Benjamin Franklin, Philadelphia Hospital is the oldest hospital in the United States.