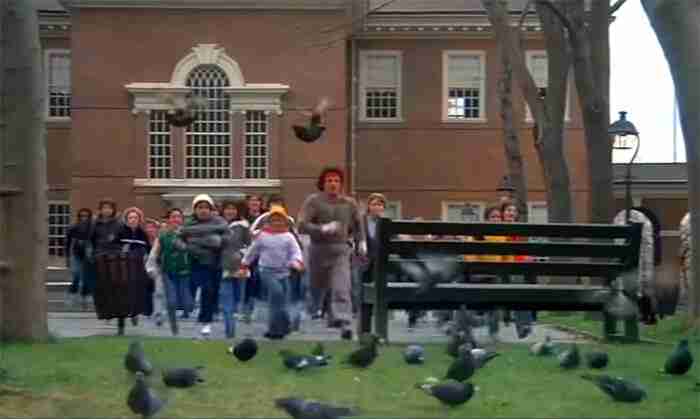 Where Rocky Jumped a Park Bench

Located in “Center City”, downtown Philly, Independence Hall is often referred to as the birthplace of America. This historic park houses one of the United States’ national treasures – the Liberty Bell.

In Rocky II, the front of the Hall can be seen as Rocky runs through Center City with a group of children.

It is famously referred to in this popular Rocky filming locations video on YouTube as the place where Rocky jumped the park bench.

If you can’t make it to Pennsylvania to see the real thing, California also just happens to have a full-scale replica of Independence Hall, complete with a museum and Liberty Bell inside. This reproduction is located just across the street from Knott’s Berry Farm in Buena Park, CA and was actually commissioned by Walter Knott himself in 1966.