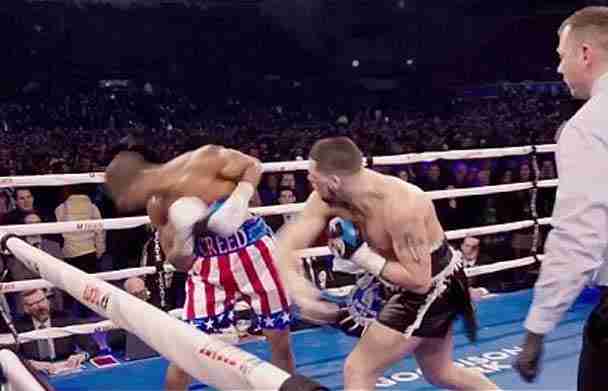 Interestingly, the Conlan v. Creed match is the first in the Rocky series that was filmed against a green screen, all previous matches seen in the series were fought and filmed in real-life arenas or locations.

It was Tony Bellew, himself an Everton fan, who helped arrange for the Creed filming to take place at Goodison Park, home of the English football team Everton F.C., nicknamed the Blues.

On the night of January 19, 2015, the packed stadium was filled with fans watching the Everton v. West Brom football match and guests were told to remain in their seats during halftime to await a message from a special guest.

The massive video screens at the park flashed a brief teaser: “Filming for the new Rocky movie is taking place at half time. To be included, please stay in your seats.”