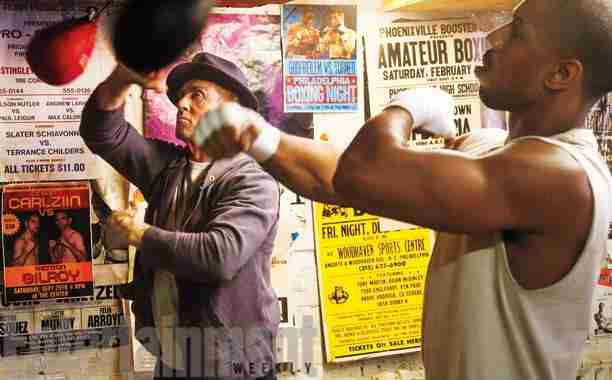 Many have wondered about the Creed project’s decision to show Rocky Balboa suffering from cancer in the new film, questioning why such a plot twist would appear in the Rocky spinoff.

Filmmaker Ryan Coogler explains that the inspiration for this stemmed from his own life. “My dad was a real big Rocky fan,” Coogler says in the interview. “He was getting older and got sick and I was trying to process it. I tried to get through it with this idea for his hero.”

Initially, Coogler, who also wrote the script for “Creed“, took his proposal to MGM and met with Rocky’s creator Sylvester Stallone to get his blessing for the project.

“It’s a universal story about family,” Coogler said in early 2014 about his spin on the Rocky series, which, at that time, was evidently going to get audiences up to date with the latest doings in the Balboa family.

Based on what we have heard so far from MGM and seen in the recently released Creed trailer, the story is focused primarily on its new main character Adonis Creed, the mystery son of the Master of Disaster, Apollo Creed.

Besides the possibility of a few flashback scenes from earlier moments in the series (most likely referencing Apollo’s death in the ring at the hands of Ivan Drago in Rocky IV), actor Carl Weathers has nothing to do with the project despite it bearing his signature character’s name. In fact, Weathers has refused to comment about the spinoff (click here to see his reaction.)

Sylvester Stallone was “very apprehensive, obviously, because Rocky’s such an important thing to him,” Coogler says about Stallone’s initial response to a sixth sequel. “Sly likes to think about it before he makes his mind up about something.”

After screening “Fruitvale Station”, Coogler’s joint screen effort with Creed’s star Michael B. Jordan, Stallone was convinced that the young filmmaker was capable of taking on the Rocky series. Coogler is the first director to take the directorial reigns of the beloved boxing series besides John Alvidsen (who directed Rocky and Rocky V) and Stallone himself, who was at the helm of every other Rocky movie in the franchise.