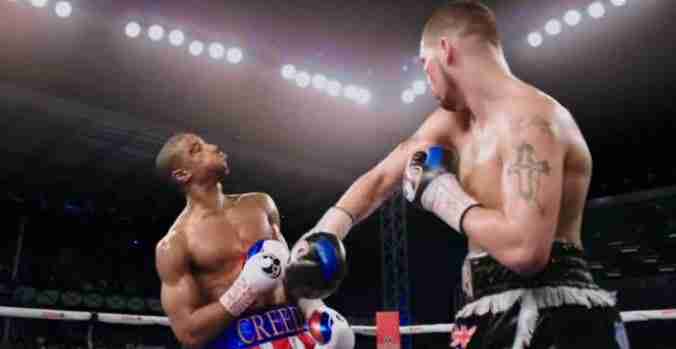 We’ve said it before, we’ll say it again – the incredibly choreographed boxing sequences in Ryan Coogler’s Creed blew us away. They’re among the most immersive, realistic in-the-ring experiences we’ve ever seen on film. Check out this brief featurette video from Warner Brothers featuring Sylvester Stallone, Michael B. Jordan and Ryan Coogler as they discuss the filming of Creed’s fight scenes – including the moment when Jordan really did take a solid punch.

“We’re doing this shot where Mike gets hit and he drops,” director Ryan Coogler says. “I pulled Sly to the side and I say, ‘Sly this isn’t right.’  So he comes over, he looks me dead square in my face and says ‘He’s gotta take the punch.”

Laughing, Stallone and Michael B. Jordan whip out their mobile phones to display on-set video footage of the moment. “You cannot be in a Rocky movie unless you take a punch,” Sly says. “I got black, everybody got hit, Dolph [Lundgren] got hit.”