Sylvester Stallone to Return to “The Rocky Steps” in Philly 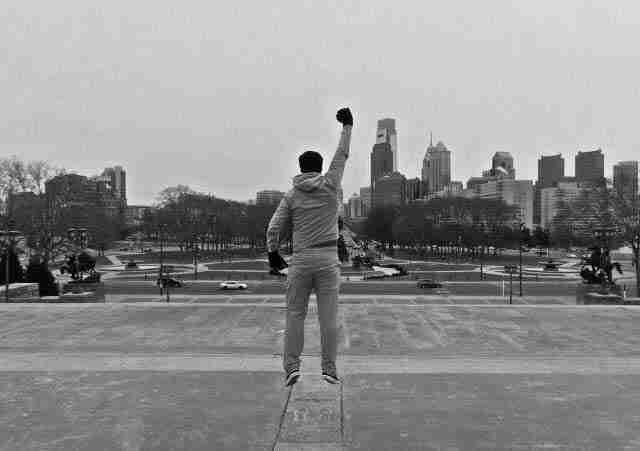 #BTS with @officialslystallone, @michaelbjordan and director #RyanCoogler on the set of #CREED.

Yo, Philly! The stars of the Creed movie are hitting Philadelphia, PA this Friday, November 6 at 11am EST for a special press conference relating to the new Rocky spinoff movie which opens in theatres across the United States and Canada in just three weeks.

As the time for the film’s premiere gets closer, we’ll be seeing more appearances and tidbits in the news about the film and its cast as they begin their press circuits to promote the movie.

Unfortunately, this is not a public event, it is for members of the press and media only.

Stars Sylvester Stallone, Michael B. Jordan and Tessa Thomson, will appear at the city’s “Rocky Steps”, AKA The Philadelphia Museum of Art, where they will be joined by the film’s writer/director Ryan Coogler and producer Irwin Winkler along with Mayor Michael Nutter and Sharon Pinkenson of the Philadelphia Film Office.

Per the Philadelphia Film Office:

Sly Stallone and Michael B. Jordan were last together at the steps of the art museum earlier this year when they filmed the end sequence for Creed. A portion of that footage appears in the trailer for the movie.