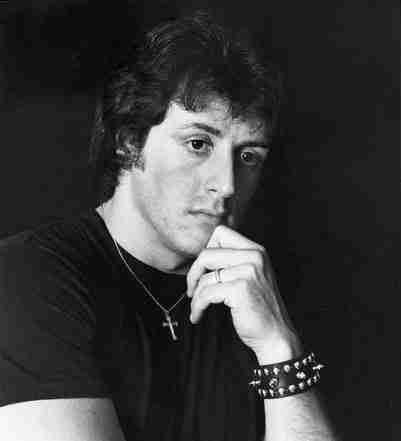 The tumult and the shouting have subsided for Sylvester Stallone and his Oscar-winning Rocky, and in the wake of spectacular success the Italian Stallion has found little changed.

He is as stone broke as he was before Rocky became one of the top 10 box office films of all time, even though he owns 10% of the profits.

Stallone drives the same automobile. He is, moreover, still married to the same attractive wife. He continues to spend several hours at the typewriter and manages a physical workout every day.

He’s moved to a Beverly Hills mansion but the rent is due.

One big change in his life is a 24-hour bodyguard to protect him from cranks as well as over-enthusiastic admirers.

There’s another important alteration. He currently is starring in a big budgeted movie and has three more awaiting him.

The other day Stallone was working in a rattrap downtown Los Angeles building in F.I.S.T under the direction of Normal Jewison. He wore a 1930 suit and haircut, looking younger and considerably more handsome than he did in Rocky.

The atmosphere was hot and musty. But Stallone’s personal electricity charged the set with excitement. He plays a tough labor leader with the same conviction he did the lowbrow prizefighter.

At the lunch break, his caterer’s tray filled with beef and vegetables, Stallone sat down at a table with other members of the cast and crew. How, he was asked, is it possible Rocky has earned $110 million in six months and that he is still broke?

“That’s why the Mafia was formed, because of film companies,” he joked. “The mob is a collection agency for actors. There’d better be a big check in the mail this month or I’m going to know why.”

“The only thing about my lifestyle that’s changed is my haircut. I have the same circle of friends. I can call all of them for a dime.”

Stallone dispatched his lunch with a healthy appetite. He is an extraordinarily candid man, as bright as he is ambitious. He is keenly aware that his swarthy appearance and Italian background aren’t conducive to heroic roles. But he knows the value of playing against type.

“I know how I look,” he said with his lopsided grin. “I hang around a garage long enough, people think I belong there. I ask for a reservation in a restaurant and the owner drapes a towel over my arm and asks me to clear the tables.

“Guys who look like me figure to have the I.Q. of a BB. But that’s all right. It’s a good facade to work behind.”

Stallone, 31, next tackles the most ambitious project of his young professional life. He will produce, direct and star in Hell’s Kitchen, for which he wrote the script.

Thereafter he will star in the sequel to Rocky and a film biography of Edgar Allan Poe. He wrote the scripts for both. He is a restless, driven man who says, “Time drives me. Everyday I tell myself there’s one less day. When the sun goes down you can’t get it back. It’s impossible for me to let a day go by without creating something, even if it is only writing a poem.

“It sounds egocentric to want to produce, write, direct and act. But I want no one to blame but myself if I’m going to make a mockery of overextending by ability. If that’s what I’m doing, I want to do it while I’m young so I’ll still have options left to me.”

“I may not be a new wave director but think I can direct very well. If not, at least I’ll have a good two hour home movie. Really, it’s a matter of using common sense.”

Stallone, who enjoys writing more than any of the other disciplines connected with filmmaking, worked three months with Jewison on the F.I.S.T. script.

There is a deceptive intellectuality about Stallone, again in contrast to his appearance and slurred speech. His speech impediment was caused at birth when inept use of forceps paralyzed the left side of his tongue and mouth.

He often quotes, unself-consciously and without pretention, long passages from literature and poetry. His conversation is urbane and belies his street smart background and the fact he was expelled from three schools as a troublemaker.

In contrast to the macho hero of Rocky and labor boss, Stallone will play Edgar Allan Poe altogether differently.

“Poe is the classic example of the misunderstood American genius,” he said. “He once said, ‘I am insane with long horrible fits of sanity.’ And I feel the same way.”

Sylvester Stallone is a most uncommon man who appears to be perfectly attuned to the common man’s dreams and aspirations. He is aware of this unusual circumstance.

“I’ve got enough writing to keep me busy for the next six or seven years,” Stallone concluded. “It’s the decathlon of the arts – giving birth to a dozen characters. I think of it as blissful schizophrenia.”