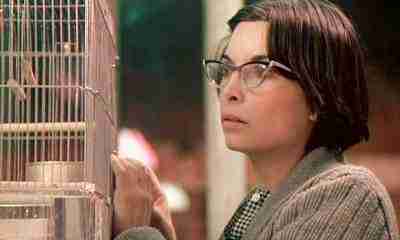 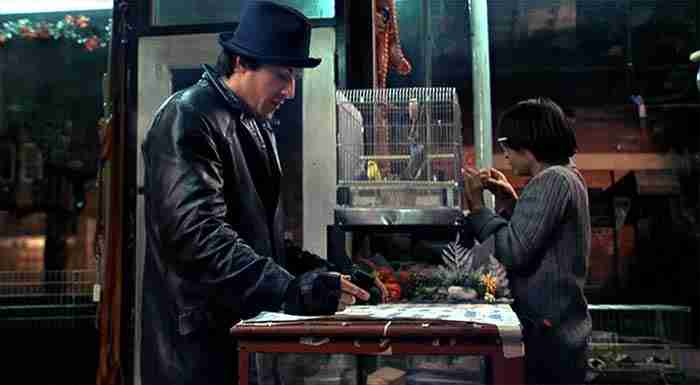 We absolutely loved stumbling upon this insightful, well written and intimately detailed essay on this important part of Rocky and Adrian’s relationship as seen in the original Rocky.

Written by Sheila O’Malley, a film critic for RogerEbert.com, the piece dives deep into Rocky’s sweet – but smart – courtship strategy with that shy girl in the pet shop, and the motives behind his moves.

“There’s a scene where he comes into the pet shop – it’s maybe the 5th or 6th scene into the movie. It’s nighttime. He comes out of the gym across the street – and walks into the shop. This is the scene where Talia Shire is filmed mainly through the bars of the bird cage.

Rocky is kind of aimless here, he has nothing to buy, no errand, nothing even made up. He’s just had kind of a bad day, he lost his locker at the gym, and he has no one to talk to. It’s so amusing because Adrian never responds to Rocky’s conversation and yet you never feel that it’s a one-sided thing. She never speaks but he’s not hitting a blank wall here. He’s not being rejected by her – even though sometimes it’s hard work. He likes the work. He likes trying to make this geeky plain woman smile. If she smiles – it makes his day.”

Do yourself a favor and read the rest of this terrific piece.

READ ALL OF 'ROCKY: MY NEW DISCOVERY'