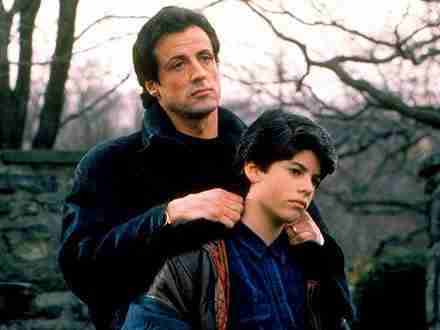 The latest scoop sent over to us comes in from ‘shan’ who has a lot to say about a little inside Hollywood scoop for Rocky VI. We all remember that Sage Stallone played the role of Rocky Balboa Jr. in Rocky V, but it looks like dad doesn’t feel like he is the best option as son in Rocky VI.

Here is the scoop on from ‘shannon’ on Sage and Sylvester Stallone.

A scooper at IMDB and COUNTINGDOWN.COM reports that Sage Stallone is a little angry that his father didn’t ask him to reprise the role of son, Rocky Jr/Robert, in Rocky Balboa. Stallone is going to recast the character.

“When I asked him about turning down Rocky Jr. he said the rumors were in fact NOT TRUE. He’s not on speaking terms with his father because of a film about an aging actor he directed called “Vic” which Sly felt was mocking the state of HIS career at the time. The real truth about Sage not acting is that he just never got a phone call.

“A few weeks had gone by since the greenlight of Rocky VI and still no word from his dad so he decided to call himself. After one week of Sly’s answering service telling him his father wasn’t home, he finally gave up. I really felt like crap when he told me this, and worse, how it all ended. It was Sage’s mother who ultimately gave him the bad news. Instead of a phone call from Sly.”