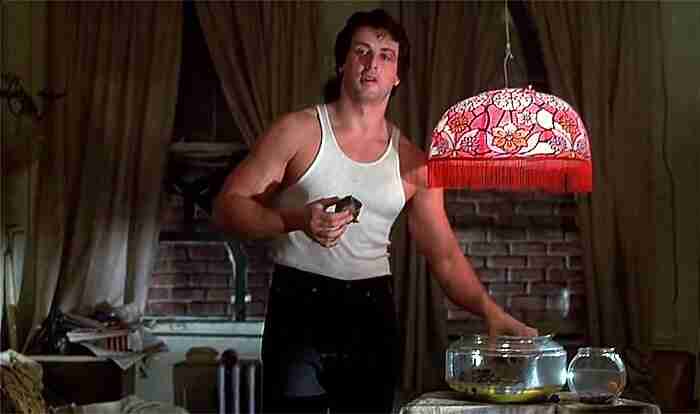 A Rocky Balboa rep told me recently that the turtles used in this sixth Rocky movie were making their screen debut.

But Joseph Marks and John “Red” Stuart, reading that claim in last Sunday’s column, called to set the story straight, and the Rocky rep now acknowledges bad intel. Marks owned J&M Tropical Fish, the store that doubled as the pet shop where Adrian (Talia Shire) worked in the early Rockys.

Stuart, Marks’ nephew and a sideshow performer, lives in the now-closed store and cares for the turtles.

Over the 30 years, each has grown to the size of a small dinner plate – more than 8 inches from tip to tip.

Cuff’s tail has a chunk taken out of it and Link’s shell is yellower. Stuart says they can live 80 years or more. (Visions of Rocky 20!)

Marks, who closed J&M last year and now works at the GNC at 1711 Chestnut St., says he saw Stallone in the fall when the movie’s star/director/writer was location-scouting near the fish store, in a hardscrabble area under the El.

“I thought to myself, ‘Should I go over and say hello?’ I tapped him on the sleeve and asked if he remembered me. He said he did. I told him I had to close the store because of economics.”