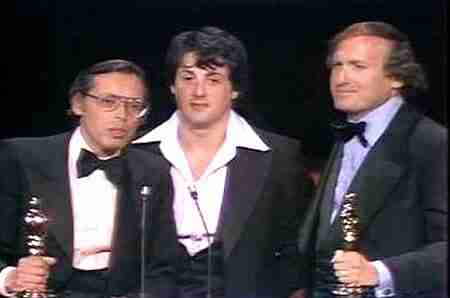 Robert Chartoff, most famous for producing the boxing movies “Rocky” and “Raging Bull”, passed away on June 10, 2015 at his home in Santa Monica, California after battling pancreatic cancer. Chartoff was 81.

In a statement to CNN, Chartoff’s daughter Julie was quoted as saying: “My father was amazing. He was an amazing father and person; there are no words. The important thing is that he died surrounded by his family.”

Robert Chartoff first teamed with Irwin Winkler, a director and producer of over 50 films, in the late 1960’s. It wasn’t until 1976 when “Rocky” became one of the biggest blockbusters of the 1970’s, and of Chartoff’s career, going on to win three Academy Awards, including an Oscar for Best Picture. Chartoff and Winkler eventually produced all seven films in the “Rocky” movie series, including “Creed“.

The team is also notable for their collaboration on the Martin Scorcese boxing classic “Raging Bull”, starring Robert DeNiro. “Raging Bull” garnered eight Academy Award nominations, including one for Best Picture in 1980. The movie is considered one of the best produced in the 1980’s by many film critics.

Still active in the motion picture industry well into his seventh and eighth decades, Chartoff and Winkler’s final collaboration is this year’s “Rocky” spinoff, “Creed”, scheduled for release in the United States in November, 2015. “Creed” is currently in the post-production stage. Chartoff’s other recent film credits include the 2013 Harrison Ford film “Ender’s Game” with Harrison Ford and “The Gambler” (2014) starring Mark Wahlberg.

Chartoff is survived by his wife, Jenny Weyman, and his five children.