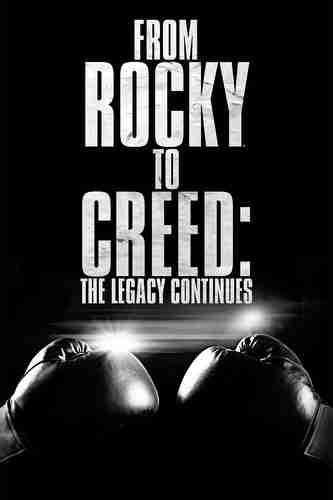 “From Rocky to Creed: The Legacy Continues” TV Documentary

Lots going on this November for Rocky fans! For those with the EPIX channel, be sure to catch a brand new hour-long documentary on the Rocky movie series. The doc features new interviews with Rocky’s creator and star Sylvester Stallone, Carl Weathers, Dolph Lundgren, and Milo Ventimiglia, who played Rocky Junior in 2006’s Rocky Balboa, as well as features on Garrett Brown’s groundbreaking film gadget – the steadicam, which was first used successfully during the filming of the original Rocky back in 1976.

In addition, EPIX’s documentary – titled “From Rocky to Creed” – will provide give fans a peek at the making of Creed, which will open in US theatres nationwide on Thanksgiving day just one week after the premiere of this television documentary.

From Rocky to Creed: The Legacy Continues airs on EPIX Wednesday, November 18 at 8 p.m. on EPIX.