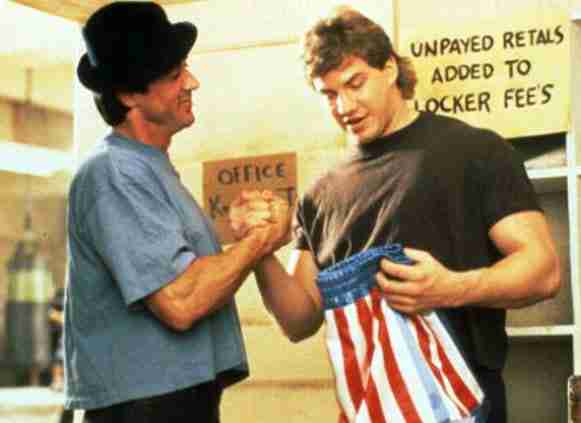 So when Mr. Stallone, a Philadelphia native, began filming ”Rocky V” here last week, he roused the city from its January white sales.

Instead of playing to the crowd, Mr. Stallone was more concerned with crowd control at his sets, and he has been secretive about the film’s plot and locations.

Details of the plot are sketchy.

”Sly is rewriting it as we speak,” said David Fulton, a publicity agent for the film. The basic idea is that Rocky is back in Philadelphia after whipping Ivan Drago, the Soviet killing machine in ”Rocky IV,” and is broke, down on his luck and an underdog again. His accountants apparently are to blame this time. Rocky hangs up his gloves, tries to do some honest work, is laid off and becomes a boxing trainer. He discovers Tommy Gunn, who reminds him of his own self-indulgent youth, and determines to make him a champion against all odds.