Incredibly Rare Unseen Photos from the Original Rocky at Auction 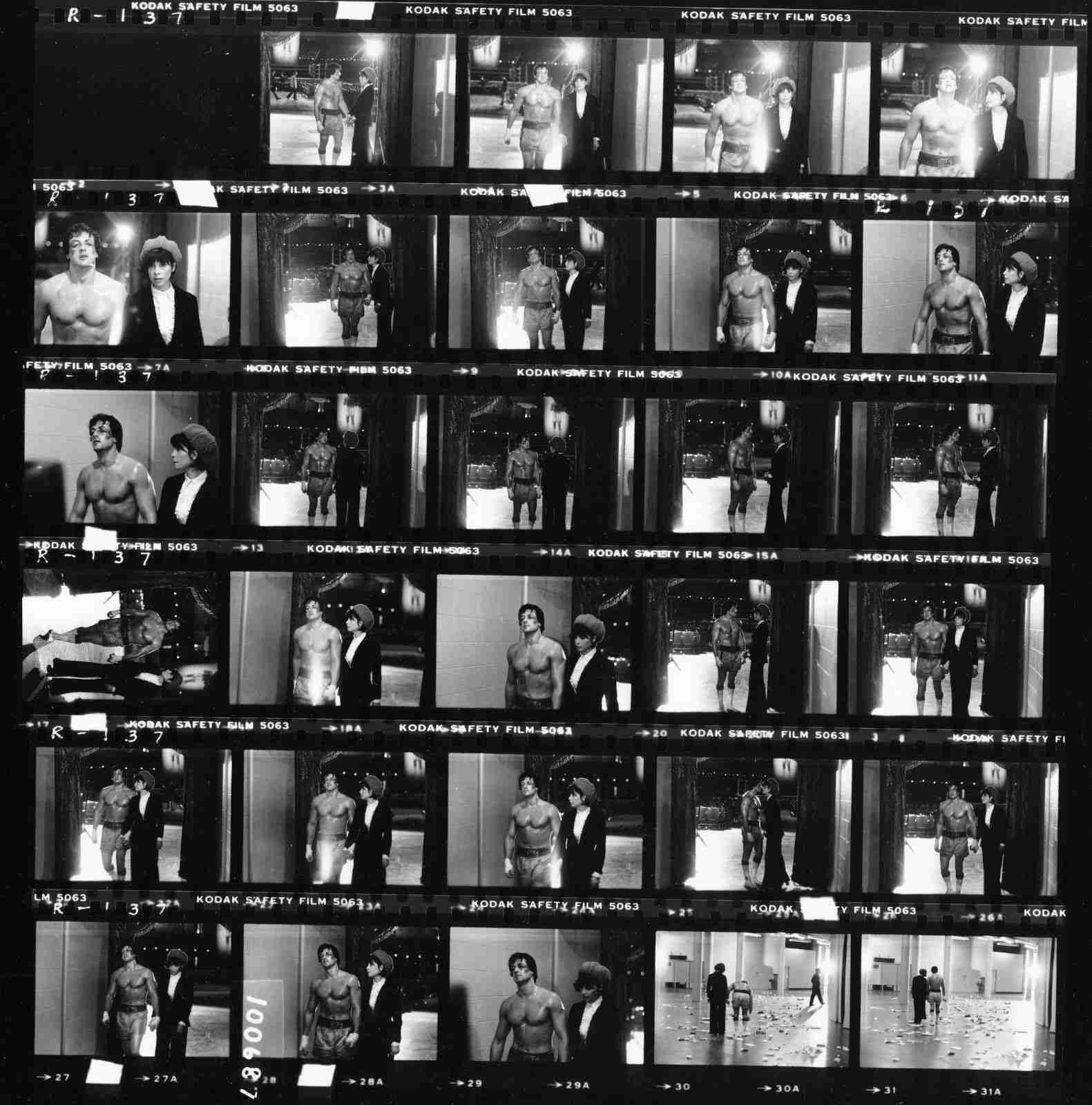 Yo, it’s a Rocky collector’s dream.

Over 1,000 unique black and white photographs taken on the set of Sylvester Stallone’s original “Rocky” in 1976 are up for auction on eBay from a private collector.

The collection includes 38 contact sheets of rare photos, most of which have never before been seen or published. The photographs were taken by the film’s set photographer Elliot Marks during production. Some of the scenes represented include Rocky and Paulie in the meat house, Rocky and Apollo’s final fight in the ring, Rocky and Apollo’s press conference; Rocky and Apollo posing with boxing champion Joe Frazier, and candid photographs on the set showing Stallone and director John Alvidsen at work.

Best of all, the photographs show scenes that were filmed but ultimately deleted from the final cut. These scenes are featured in the film’s script but barely any evidence of them having actually been staged and filmed exists. The film footage of these excluded scenes was lost or destroyed years ago and thus these stills are the only visuals we will ever have of those lost moments. 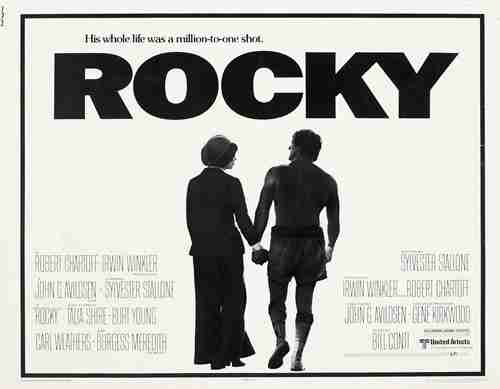 These photos are some of the only surviving images of these incredibly rare moments such as Rocky facing off against Dipper Brown at Mighty Mick’s Gym and perhaps coolest of all, images of original ending of the film.

These images of Rocky and Adrian walking hand in hand though the deserted sports arena after Rocky’s loss to Apollo in the ring are what inspired the film’s original movie poster featuring Rocky and Adrian holding hands on a stark white background.