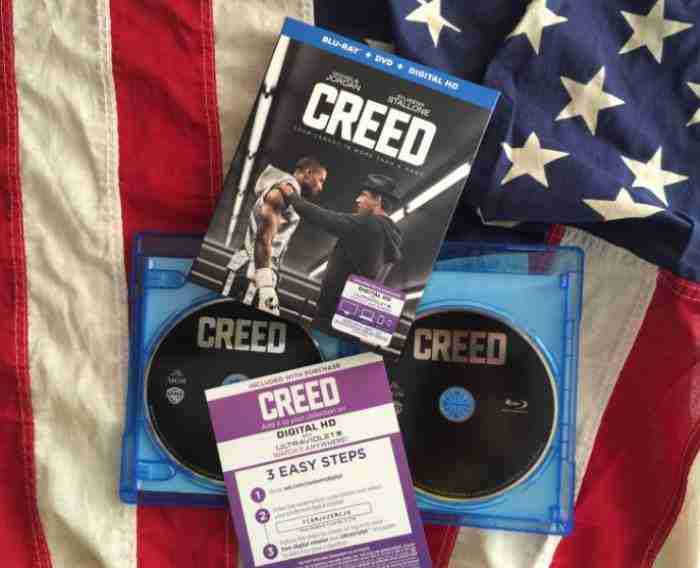 Creed hits DVD/BluRay on March 1, and has already been released digitally by Warner Bros. Here’s a sneak preview at what’s on the movie’s combo pack.

We all know the movie’s on the disc, but we’re excited to reveal the extras and special features included in this home release.

The film’s main menu is backed by Future’s “Last Breath” song and besides featuring the Creed poster image of Rocky and Adonis, the navigation menu lacks any ounce of creativity, although is a step above the dire menus on the Rocky Heavyweight Collection BluRay.

The combo features two well-done featurettes, one on the Rocky and Creed legacy, which includes some of the nicest quality clips from previous Rocky films in the series and interviews with the Creed production including Stallone, Irwin Winkler and Ryan Coogler.

The second featurette, “Becoming Adonis”, was already released online several weeks ago so doesn’t hold any surprises. The mini documentary covers Michael B. Jordan’s intensive physical training as he prepped for his role as the son of the former heavyweight champ. 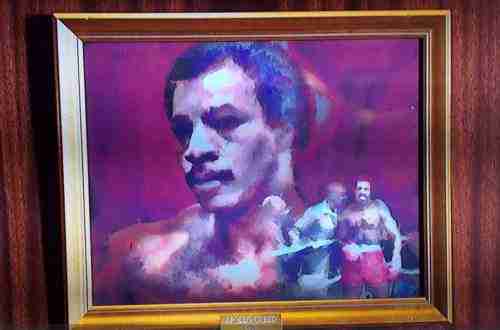 2. Adonis Checks Out His Philly Digs

3. Rocky’s Stuff in the Basement

The most desirable of all the Creed deleted scenes follows Rocky as he enters his basement and digs into a pile of old VHS tapes to find the video footage of his original 1976 fight with Apollo, which he watches for just a few seconds before switching off and heading upstairs.

Had this VHS moment been included in the film, it might have helped us understand Rocky’s seemingly overnight decision to train Apollo’s son, spurred on by the sight and memory of Apollo Creed in fighting form 40 years ago.

Upstairs, Rocky dusts off an old Balboa family photo album which contains his wedding portrait with Adrian and a ticket stub from the Madison Square Garden boxing match with Clubber Lang.

Rocky pauses on a page with a large photo of Adrian (a Rocky publicity portrait, and unfortunately not anything new or candid which could have been used instead) and two color photos from Rocky V, both featuring Sage Stallone as Rocky Jr. Stallone’s expression at seeing his son’s photo is as melancholy as expected, however this moment need not have been included in the film.

4. Catching the Bus to Max’s Steaks

Additional footage of Donny and Bianca’s ride on the bus to their first date at Max’s Steaks, during which Biana jokes about the Fresh Prince of Bel Air hailing from west Philadelphia.

Bianca leads Donny through the maze backstage at Johnny Brenda’s nightclub before her performance of “Shed You”.

Glimpsed in the Creed trailer, this extended version of the scene shows Rocky professionally taping Donny’s hands before they begin training at Mighty Mick’s Gym. “What’s the most important thing a fighter can do in the gym,” Creed asks Balboa.

“Something Mickey told me to do – shadow boxing in the mirror,” Rocky replies before leading Donny to the mirror for the “greatest opponent” scene which was left in the movie.

7. Did Rocky Know Apollo Had an Affair?

This scene was released previous to the DVD, and takes place in Rocky’s back yard. Adonis asks if Balboa had knowledge of Apollo having cheated on Mary Anne Creed. (Click here for all the details of this scene.)

Together with Bianca in her apartment, Donny finally reaches his mother on the phone and cautiously asks for her blessing to use the Creed name in his fight against Ricky Conlan. “I see you’re fighting,” Mary Anne says cooly. “With Balboa of all people. Lucky you.”

9. Rocky Talks to Adrian in the Cemetery

In what was anticipated to be another tear jerking scene, Rocky stands at Adrian’s grave and discusses the events that are unfolding, including his health crisis. “Doctors say I got this cancer,” he says, before going on to lament the fact that he didn’t raise Rocky Jr. very well. This admission of poor parenting is a bit of a surprise given the positive reparation between father and son which was created in Rocky Balboa and is better left unmentioned in Creed. 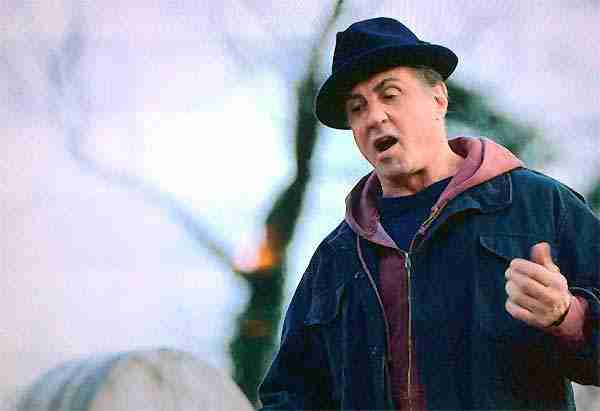 The difference between Stallone’s real-life son Sage in the role of Rocky Jr. and actor Milo Ventimiglia in the same role creates something of a disconnect when it comes to the character of Robert Balboa.

Stallone’s grief over his son’s 2012 death, and the homage to Sage that he and director Ryan Coogler created in Creed lend the Rocky Jr. character a sweetly devastating aura, wholly different than the get-me-out-of-your-shadow relationship that was crafted between Rocky and his son in Balboa. It seems understandable that Ventimiglia’s Robert would have abandoned Rocky and left for Canada, but rather unbelievable to think that Sage Stallone’s version of the character would have done the same thing. The less said about this in the film, the better.

Interestingly, Rocky also talks to Adrian about his own father, who gave him advice on his deathbed which was contrary to the way he raised young Rocky. This moment is the only the second time in the series in which Rocky mentions his father; the first occurred on his ice skating date with Adrian.

After Rocky secretly brings Bianca to England before Donny’s fight with Conlan, the young couple talk intimately in Adonis’ hotel room. “Focus on what’s in front of you,” Bianca advises her boyfriend.

This extended version of Adonis trying on the Creed colors in the mirror before the Conlan match features additional moments of Team Creed and Team Conlan readying themselves before the fight begins at Goodison Park. The added moments only serve to drag on the preliminaries before the fight and were better off removed from the film.