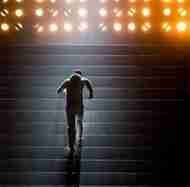 Hear the cast of Broadway’s “Rocky” do the stage version of Survivor’s classic “Eye of the Tiger”. The show’s official cast recording is set to be officially released next week, but have an advance listen to this track:

Preview several tracks from the album below:

You can also pre-order the Broadway soundtrack on Amazon.com: